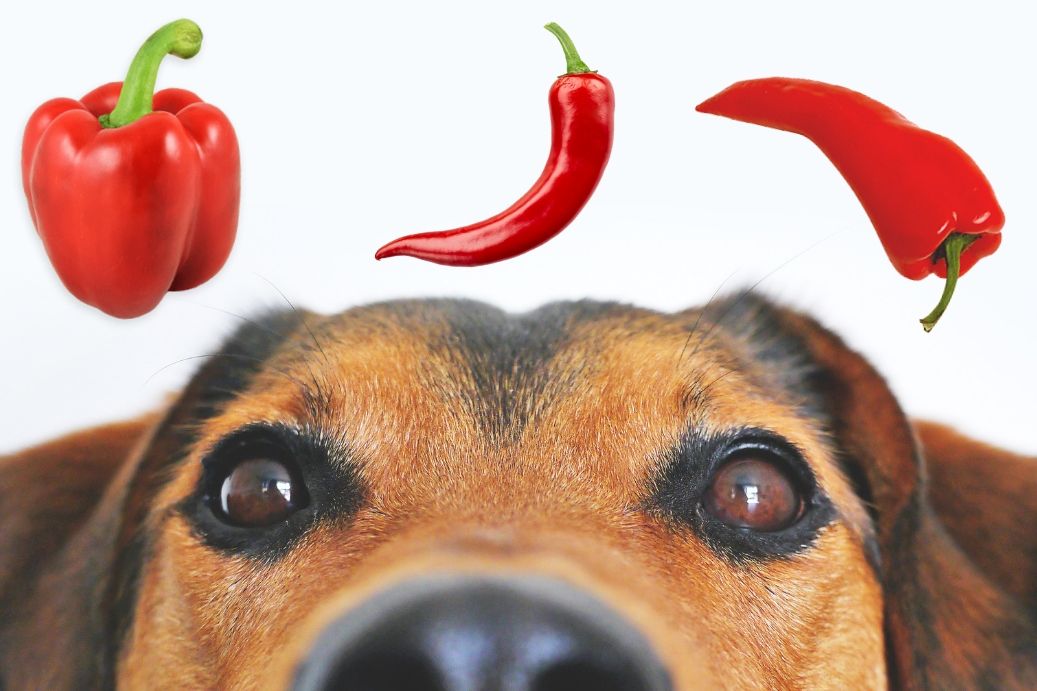 The first rule of becoming a pet parent is understanding that not all foods that are fit for you would also be fit for your furry old friend. Your dog may look buff and strong but it can easily fall prey to the wrong foods and suffer through an unpleasant circumstance. This is because a dog’s dietary necessities are entirely different from that of a human being. What brings you multiple benefits and is pleasurable could flip a full 360 degrees on your dog, proving to be a toxin instead.

For this reason, it is of absolute necessity that you are excessively cautious of what your dog eats and eventually develop a liking for it. The dog itself is the worst judge of what it should and shouldn’t eat. It will likely fall for anything that is vibrant enough and has a strong pungent smell, so you have to be the filter it goes through first. It might mean having to be the bad guy at times when you try to keep your furry friend away from something, but at the end of the day, it’s for your doggo’s sake. All’s well that ends well!

Having said that, let’s see if bell peppers will force you to be the villain in your dog’s story, or will you star as the hero?

Is It Safe For Dogs To Eat Peppers? 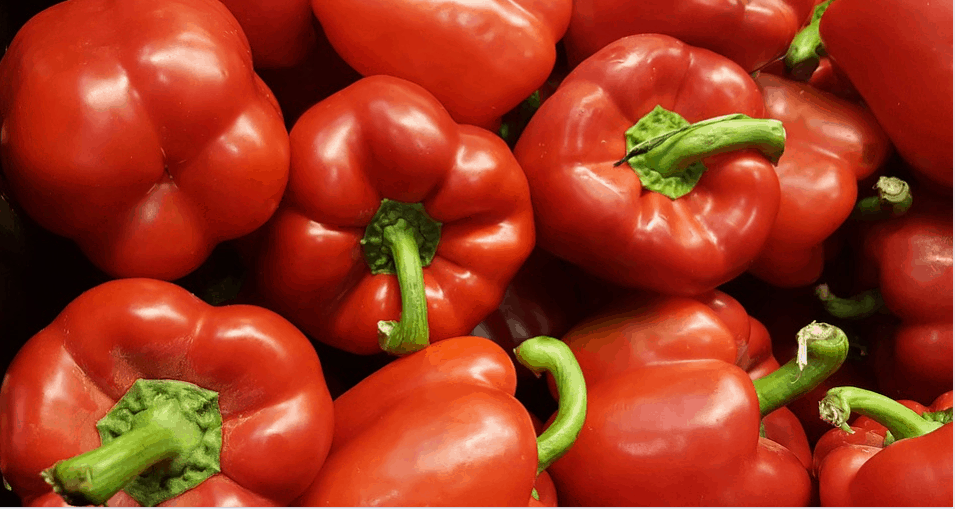 We know how patiently you’ve been waiting for this question to be answered so without any further ado, here you have it. Yes, your dog can easily eat bell peppers. You can rest assured that they will not be a cause of harm for that hungry four-legged friend of yours. On the contrary, bell peppers will surely prove to be a delightful snack to it and on your part, the dog will probably love you twice as much as it did before. What more could a pet parent ask for?

You can feed the dog bell peppers in whatever way that you want; raw or cooked. However, health experts and other experienced dog owners think that there is absolutely no match to bell peppers for a dog. That is as long as you don’t forget to remove its seeds and stem. Otherwise, it might lead your dog down the road to a digestive problem instead of relishing the bell pepper. At the same time, if you are the pet parent to an old doggo or a puppy, you might want to go for cooked peppers instead. This is owing up to the reason that raw peppers can be a tad bit more difficult to digest for a dog. Therefore, the best choice to make is solely up to you and the familiarity you have with your pet’s digestive capacity.

In case you decide on serving the dog-cooked peppers, be very mindful that they are not seasoned or fried. Both of the previously mentioned conditions are extremely unhealthy for your pet (more than you would expect). To illustrate the concept better, if you have used an ingredient in the seasoning that is unfriendly to your dog, it may fall sick or develop gastrointestinal or other stomach issues. Lastly, feeding your adorable little friend bell peppers that are cooked with onion is a big no-no. All parts of onion are poisonous to dogs in the worst possible ways. Trust us when we say, you don’t want your beloved pet going through that.

What Types Of Peppers Are Good For A Dog? To begin with, all sorts of peppers are safe and even nutritious for your dog, whether it be red, green, yellow, or orange. However, if specifically asked, red peppers are credited to be the most healthful for your dog. Although all the priorly mentioned colorful delights are full of supplements and minerals, if you have to choose amongst them you should certainly go for red peppers. Why is that?

Red bell peppers contain surplus amounts of antioxidants that will help your dog fight and stand up for itself against health hazards. It is a matter of no surprise that animals, even if kept inside the four walls of a home, come across several risks each day in their environment. For them to remain healthful through all of them, their diet should provide a sufficient quantity of antioxidants. And now you know just what to feed your doggo.

In addition to this, red bell peppers along with other peppers contain a high amount of vitamin A (maintains and counter checks optimal health), C (counters healing processes), Vitamin B6, etc. which play an integral role in keeping your dog upbeat and robust throughout the day. And if all of this wasn’t already enough, bell peppers are low in fats as well. We are sure that will have you convinced to get your dog the low-fat high vitamin natural snack.

Can Dogs Eat The Spicy Variety Of Peppers? 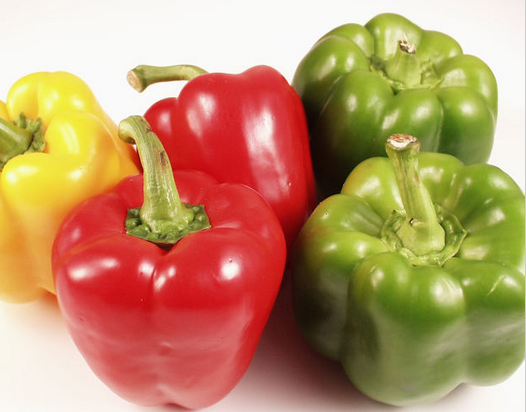 No, it is better to keep a safe distance between spicy varieties of peppers and your dog. Instead, encourage it towards trying other healthier types of peppers. As much as you would like your dog to chew on spicy peppers, they can be toxic to its health. Spicy foods as a whole are a red flag as far as dogs are concerned.

Here’s the thing, black pepper isn’t immediately toxic or lethal to your dog. So if it gets a good long whiff of black pepper accidentally, it is likely going to be fine…aside from a sneezing session. However, as far as feeding black peppers to a dog isn’t considered, we wouldn’t suggest you go for it. As we mentioned above, spices can be quite detrimental to the digestive system of your furry doggo.

How Many Bell Peppers Should A Dog Eat?

If you have a well-grown big boy, there is no harm in feeding it less than or close to half a pepper (per day). Nonetheless, if you are the owner of an adorable little doggo, you might want to stick to ¼ of a pepper.

We wish you and your dog a healthy journey ahead! Don’t forget to share this read with other pet parents you may know of.