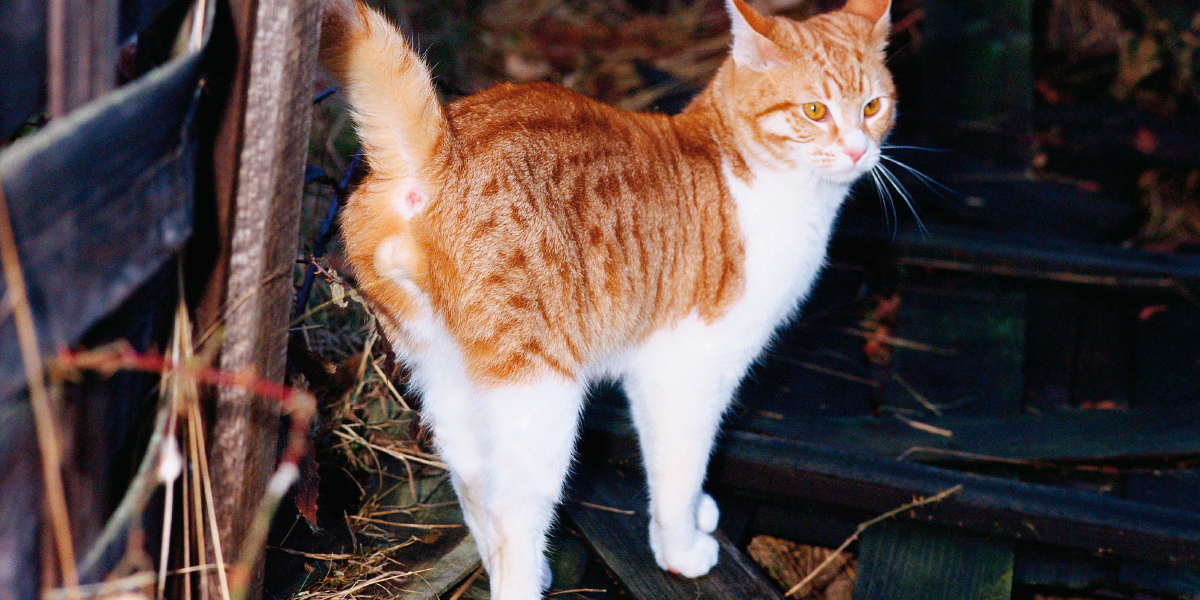 How often do you notice a wet spot on your furniture? Well, it doesn’t stop there. The chances are that you would find dew dots on the door, couch, or curtain. You might want to take a closer look, but you shouldn’t go ahead and touch the spot. Upon sniffing, you would be able to deduce that it’s cat pee, and your kitty is to blame for the mess.

There is a word that expounds this feline behavior. We call it spraying. So, why would your cat do that after all the litter box training? Cats have their way of showing who’s the boss in the area, and they do it by spraying. However, a cat that sprays frequently shows signs of stress. Also, it could be a result of kidney failure, diabetes, or other medical conditions.

If you are starting to get worried, then hold your horses! Spraying is more of a mode of communication than a problem for most cats. If you have got such a cat, then you’re in luck! We are going to unravel the mysteries of cats marking their territories. Read ahead to know why cats spray and the things that you can do about it.

What is cat spraying? 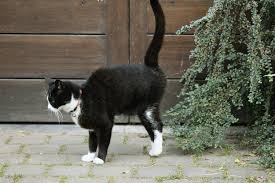 First, you need to understand that spraying is not synonymous with inappropriate toileting. These are two different things. The latter term means that the pet poops or pees outside the litter box. Meanwhile, spraying is when a cat leaves wet marks on certain objects or places, and they have reasons for what they do.

As stated earlier, spraying is a cat’s way of communicating and letting you know about them and things around them. It is similar to how cats rub their face on you to show affection. However, you wouldn’t want the kitty to piss on you. Well, don’t fret over the thought of cat spraying on you. They only make their marks on objects.

The main idea behind spraying is to leave a scent in a certain place or on an object. Naturally, they have over 200 million sensors dedicated to smell—fun fact: Felines have 40 times more odor sensors than us. So, the scent makes for an effective way of communicating for cats. How is that, I hear you ask? Let’s answer this question next. 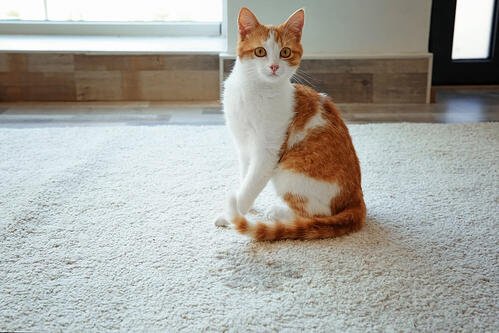 Cats have their unique way of conveying a message, and yes, spraying is one of them. Here are the possible explanations as to why cats like to spray.

If you have several felines under the same roof, then it is rare for them to get along with each other. Cats are territorial animals, which means that they don’t like anyone barging into their specified area. So, they will mark their territories and draw boundaries, and they do it by spraying.

By doing so, cats settle their disputes and establish a hierarchy. However, even if you don’t have any other feline in the house, your cat will nonetheless mark their boundary. They will smell another cat, perhaps a stray one outside, and spray their territory. It is in their instincts to do so.

Reacting to a change in routine or habitat

A cat is one sensitive creature, and they make sure that you know right away that they are upset. Are you wondering what distresses the little felines? Well, usually, it is a change, which can be either in the place they are living or in their routines. So, if you are going to remodel your house, it will be a pretty big deal for your pet cats.

Your cat is more likely to spray if you move to a new home or renovate it. However, even small changes, such as moving the furniture around, can make the cat stressed and probably insecure. When these changes happen, felines have the urgency to make things normal and exhibit their dominance, and they do it by spraying.

Moreover, you can expect your cat to mark their boundary if they see a new human being in the house. Conversely, the spraying increases if they see a stranger in the building. Cats have similar feelings towards their species, as well. For instance, both the loss of a family member or the addition of another feline can induce spraying.

Mating call for a female cat

Here is another fun fact: Both male and female felines spray. However, males, if unneutered, spray to let the female cats know that they are in the mood. In that case, you have to neuter or spay your cat to avoid the mess. However, it won’t be helpful if they are neutered after this behavior is ingrained.

Neutered and spayed cats are more friendly and affectionate. Moreover, spaying and neutering help prevent cancers and uterine infections in cats. Since they will not be spraying, emasculating them is a win-win approach, as it helps avoid many medical problems.

Medical issues can be another reason for a spraying cat. The conditions which can make a cat make their mark are urinary tract infection, arthritis, kidney failure, or other urinary-related problems. Such issues are more common in males than in females.

How to find out that your cat is spraying 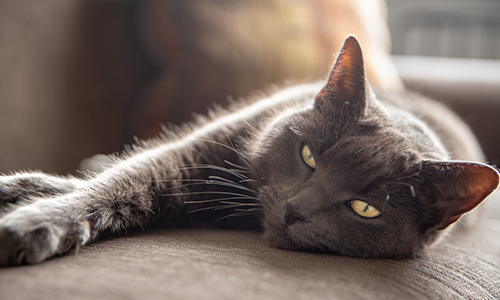 More often than not, people confuse inappropriate toileting with spraying or marking. So, here are some cues to separate the two.

How to solve the cat spraying mystery 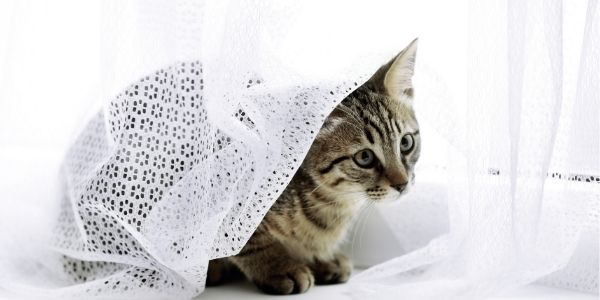 If your cat sprays, you should take them to the vet without wasting any time to rule out the possibility of infections. If the doctor gives you a clean slate, then you can proceed to solve the problem. Since spraying points out sexual behavior, you have to get the cat fixed by getting them neutered. Plus, you will be saving them from a lot of medical problems.

Cats have over 200 million odor sensors; we told you that earlier. So, you have to make sure that you remove the slightest scent of the kitty’s spray. You can do that by using a cat stain remover. You can use calming pheromone diffusers and supplements to reduce stress, as well. Also, you have to make sure that you keep other cats away from your kitty.

Pro tips for a spraying cat 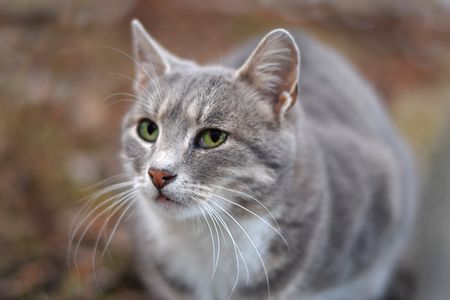 A spraying cat is trying to tell you something. So, you have to listen to them as parents handle their children. Plus, you have to understand that your pet isn’t a brat. Here are some tips that will be handy in such situations.

Hopefully, now you know that damp spots on doors, curtains, and sides of the couch are not causes of inappropriate elimination. Instead, it is a way for the cat to express their discomfort or sexual desires. However, it is not desirable as they make the place foul-smelling. Also, you don’t want to spend your time cleaning up the mess.

Well, it isn’t all bad news. You can avoid the trouble of a spraying cat. For that, you have to keep the other cats away, provide an interactive environment, and keep your place clean and tidy.