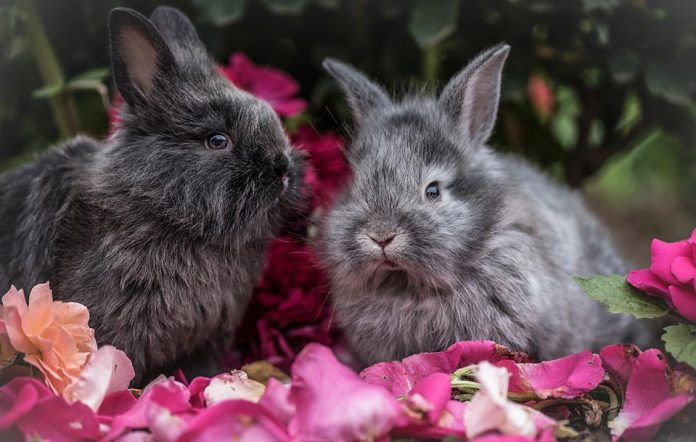 Let’s face it; there is no way we will ever be able to talk to animals using technology. I hope these words may age badly, and some dude from 2067 will be calling me uncultured and ancient for thinking like this. Rightly so as well as the head of the US patent office said at the start of the 20th century that “whatever could have been invented, has been invented,” so I remain hopelessly hopeful for this to come in my lifetime. However, keeping aside my hope for an app that translates pet speech to English, rabbits fighting is also one of those things you have to guess why they are doing it.

Rabbits are animals that are mostly prey. They do not have nor show aggression towards other animals. However, you might have multiple rabbits, and they might want to get a piece of each other from time to time. You might be confused when you may have seen this behavior for the first time as rabbits are considered to be pretty docile. However, these little munchkins are not much afraid of each other, and they will fight to keep what’s theirs as rabbits are one of the most territorial animals in the animal kingdom. Just like the old-timey mafias, they have turf, and they have a social hierarchy to maintain. They might even fight if one of them feels threatened or annoyed by the other.

Let us discuss this further and figure out how to stop your rabbits from fighting.

what to do if a fight breaks out between your rabbits: 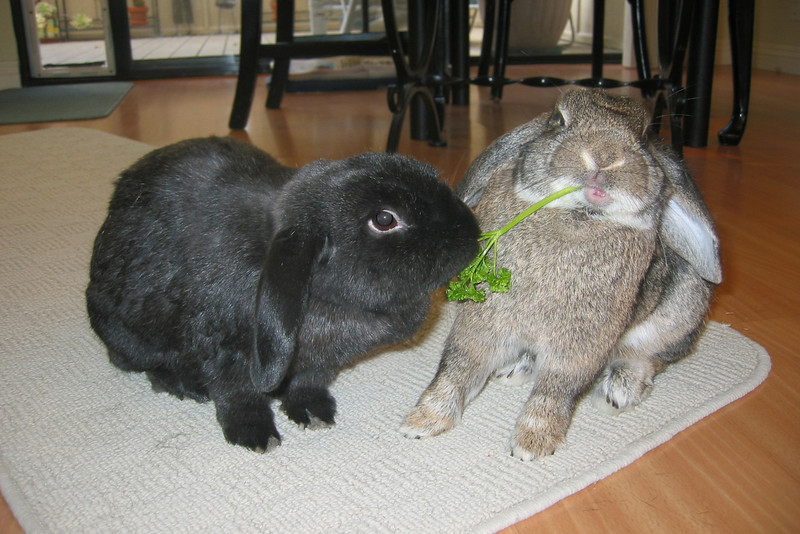 So one of your rabbits step on the toes of your other rabbit, and now both of them are out for blood. The moment you notice this, you should put a stop to this and separate both of them immediately. This fight can get so bad that one of your rabbits might not only injure the other but also even kill the other. Yes, you read that right, as rabbits are a staunch believer in the arena-style fight-till-death match, and you might lose one of your pets to the other.

The next thing you will have to do is try to do make them friends again or, in other words, initiate the bonding process all over again. Yes, it is hard, but you have to do it if you ever want to leave them unsupervised in a common area. Make them smell each other again by either letting them out of their cages, sometimes under your supervision, or keeping their cages next to each other. They will bond again if the time comes; however, not doing this will not only make them a danger for themselves but your other pet rabbits as well.

why do rabbits fight?

Getting your male rabbits neutered should always be the first step when you bring them home. Neutering means castrating or removal of sexual organs. Normally fights in male rabbits go down because of their hormones.

Another reason might be that they have not become friends yet. As I mentioned, earlier rabbits are very territorial and want a space for themselves. Hence it would help if you kept them in mind when introducing another rabbit to your home. Do regular bonding sessions of these neutered little munchkins so that they become friends and do not go and kill each other just for a slight annoyance.

There might also be an underlying issue that is causing your rabbits to throw down like this. This underlying reason might be some health issue. Taking them to a vet might be your best chance to counter this.

how to know when your rabbits are fighting: 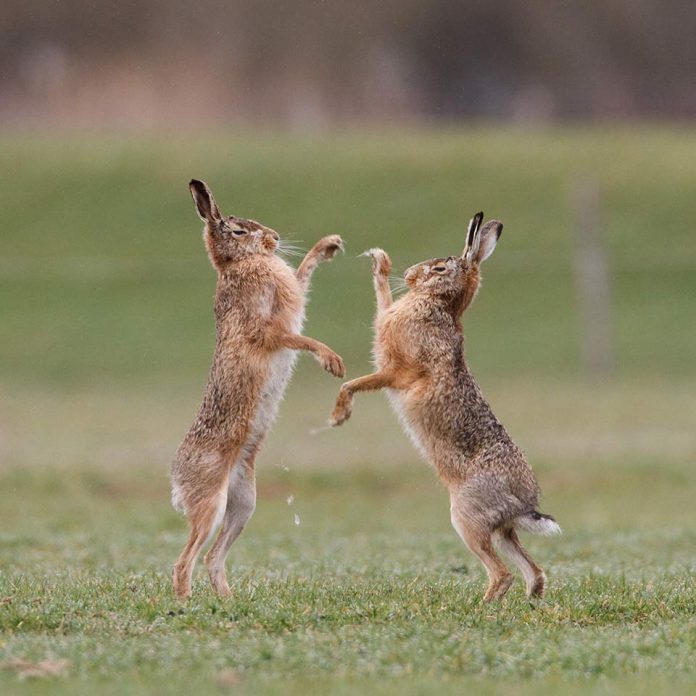 Rabbits fighting might not be as obvious as two rabbits throwing down their fists at each other, surrounded by cheering bunnies all around. You will have to observe this behavior in them. There might be times where they are unsupervised, and you see two of your rabbits have blood and injuries on them when you show up, which is one of the most obvious signs. Another one may be one of your rabbits running towards another like they want to cause harm to it.

There also might be some signs of one rabbit struggling against another, or signs of pain and distress are some of those which you will have to observe closely. However, you might also see them biting each other, which is an obvious sign of a fight and your cue to separate them instantly.

Two rabbits not getting along will also not accompany or bond with each other. You might have some observing to do if you want to know for sure; however, if you want to prevent a deathmatch from happening in your absence, then you should keep them separate from each other till the time you start and finish the bonding sessions again.

Hormones are one of the reasons for the things that are wrong with this world. They also affect the rabbit world in more than one way. If you ever plan on or have more than one male rabbit, get them neutered as soon as possible because if you do not then they might get in a fight with each other, and one will end up killing the other. So neutering them will calm down the cage most of the time.

In case you got two female rabbits, then the same advice applies to them as well. The correct term, however, for removing ovaries is called getting spayed. Hormonal rabbits love to get themselves in fights if they are of the same gender.

If you have a pair of rabbits with one male and one female, then getting one of them neutered or spayed is the correct course of action because it will stop them from reproducing. 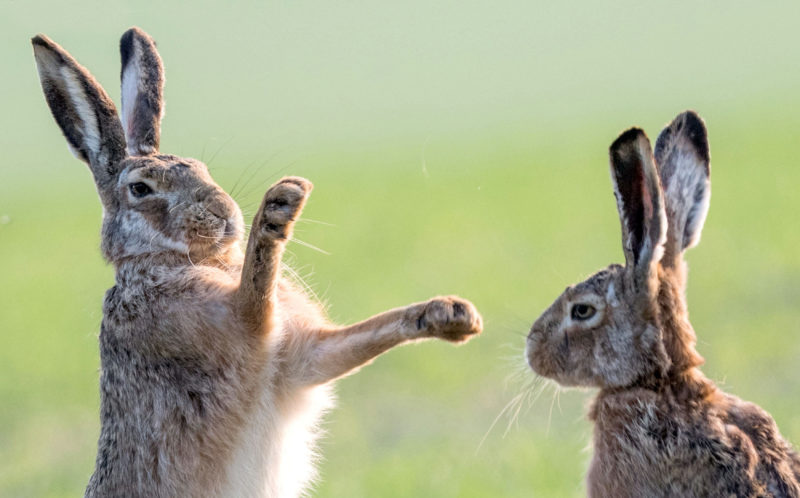 So, your rabbits have been thrown down, and now both of them are injured. Your first course of action is to separate them and look at their injuries. You might have some injuries that might be severe than the others. If you see that you have no way of treating them, then take your rabbit to the vet and start the treatment as soon as possible.

You also might be looking at the possibility that there is no way of ever keeping the two fighting bunnies together again as the injuries they have given each other might have made them permanent enemies, and no amount of smelling and bonding sessions are ever going to change that. Hence figure out a proper separation for both of these rabbits, which will be their permanent arrangement from now on.

You might be shocked to learn that an unneutered male rabbit with its raging hormones is not only a danger to others but also to its children. These rabbits are known to kill their children when they are present at birth.

It would help if you always separated smaller rabbits from the bigger ones as the older rabbits will always pose a threat to the smaller ones. The older ones might even initiate a fight and even kill the smaller rabbit. Hence you have to be prepared for this and always keep the rabbits of different ages and sizes separate from each other. 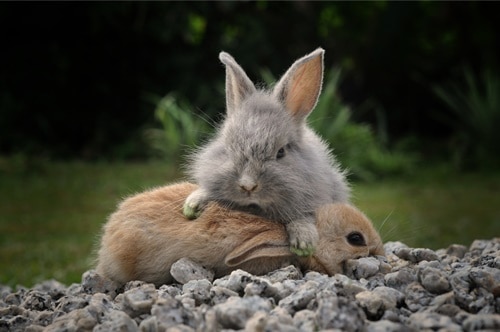 These docile little creatures are surprisingly fond of deathmatches. This usually happens with male rabbits who have not been neutered as these hormones will keep them motivated to fight to the death till one of them is down. This is why it is highly recommended rabbits be neutered before they are kept together.

You might have the thought that if you have two male baby bunnies and bond them from their birth, then they will be able to get along into their old age, telling each other stories about them running together when they were kids. Okay, they will not be telling stories but are more inclined to socialize as they grow together. The answer to this is yes and no. Yes, because it is known to work at times, especially with female rabbits; however, a resounding no in the case of male ones. They might bond when they are little, but as they grow older, they might have some hormonal issues and then even do their deathmatch routine with each other. Hence it is recommended that male rabbits always be neutered if they are kept together for any length of time.

We have laid down for you the reasons why your rabbits will be fighting and how you can stop it. It would help if you observed your rabbits for signs of fights or signs of struggles. If you do see some obvious signs, then separate the rabbits with those signs. If you are going to keep a pair of males or a pair of females, then it is required that you get them neutered or swayed so that they will not have hormonal fights. You can always bond two fighting rabbits and make them friends again, however, sometimes it might be too late for that, and you may have to separate them for good.