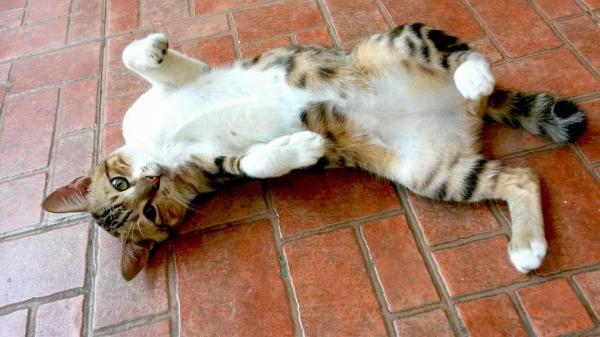 If you’ve recently become a parent to a female cat, depending on how old it is your vet will recommend getting it spayed. Sometimes, due to unforeseen circumstances, we miss the window in getting her spayed and she goes into heat. If that does happen, it is important to understand what to expect and how long it will last and what you can do to help your fur buddy out.

Your unsprayed female is referred to as a queen had she has reproductive organs known as the ovaries and uterus. The reproductive organs go through an estrous cycle which is also known as a heat cycle which is when the reproduction occurs. In mammals, during the heat cycle, before breeding begins, an egg is released from the ovaries in a process known as ovulation. However, in cats, the process varies a bit. Cats are induced ovulators, which means they don’t release the eggs until they have bred. They do have hormonal fluctuations and blood vessel engorgement which is basically their body telling them that they’re ready to reproduce.

On average your cat will stay in heat for four to seven days but can also last as little as a day or as long as three weeks. Your cat is polyestrous which means they will go into heat multiple times until they mate. 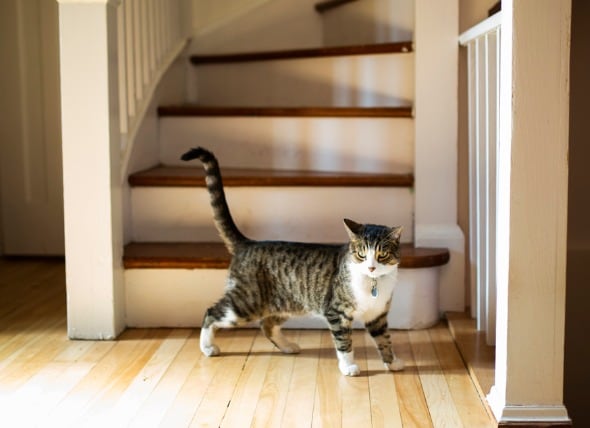 Proestrus – this is when the female queen will begin to attract the unneutered males, also known as toms. However, she won’t be ready to mate just yet. This stage only lasts a day or two and usually, it is not noticed as she won’t show any signs.

Estrus or heat – this is when your cat goes on heat. For around a week will start attracting the males and will be open to the mating process. Signs that your cat is on heat can include her being very loud and vocal, she’ll rub herself on different objects, will roll around on the floor, and will also lift her behind in the air, and will exhibit a reduced appetite.

The act of mating will stimulate hormone production which will trigger ovulation. Cats have to mate between four to six times during the heating phase in order to actually get pregnant. She may even mat with several males at a time and when she gives birth her kittens might be a product of different fathers!

Interests – if in the situation the female does not mate or does not become pregnant during her heat cycle, she will go into interests which is a period during heat cycles. It will result in her estrogen levels dropping though she won’t show any signs. From anywhere from two days to three weeks, she will go back into heat, and the three stages of proestrus, estrus, and interests will continue until the queen is pregnant.

Anestrus – This is the final stage of the cycle and is your female cat’s reproduction dormant phase. Her hormones will not be active and there will be an absence of the estrus stage activity. For most outdoor or feral cats, the peak mating season is from spring to fall and the reason is that hormone production is increased as a result of more daylight hours. When the days are considerably shorter, they won’t be stimulated enough to go on heat. However, for indoor females, exposure to artificial light may encourage them to go through the heat cycle all year round.

When do cats go into heat? 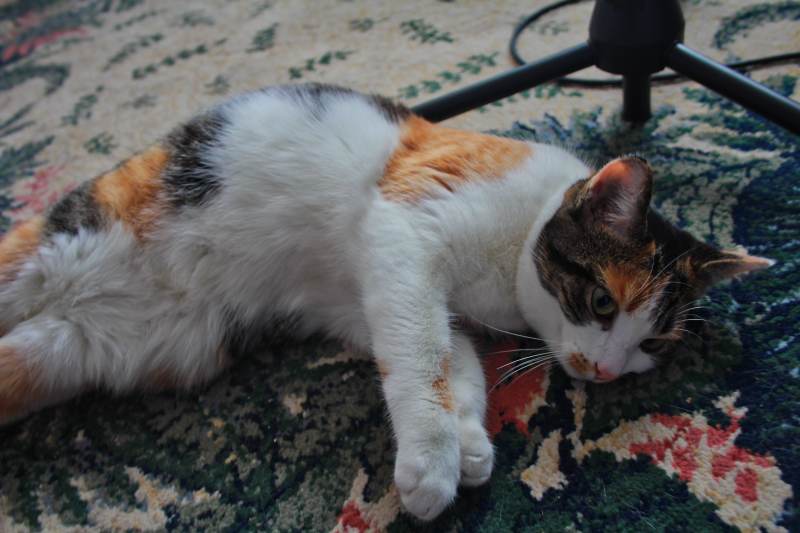 Female cats typically go into their first heat cycle at 6 months but it can occur anytime between four and twelve months. The age at which they go into heat depends on different factors such as the breed, their overall health, and the seasonal effects on your cats. Your cat’s first heat cycle is associated with puberty and she can even get pregnant when on her first cycle.

In order to prevent your cat from getting pregnant, the best thing to do is get her spayed as early as the vet gives her the green signal. Usually, it can be early as six to twelve weeks and doesn’t delay longer than four to six months.

Signs that your cat is in the heat: 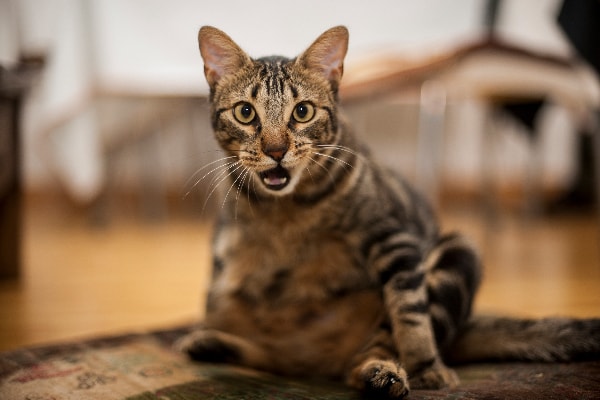 There are some very common behaviors exhibited by your female cat when she goes into heat and is clear indicators that it’s that time for her which include:

What to do when your cat is in the heat: 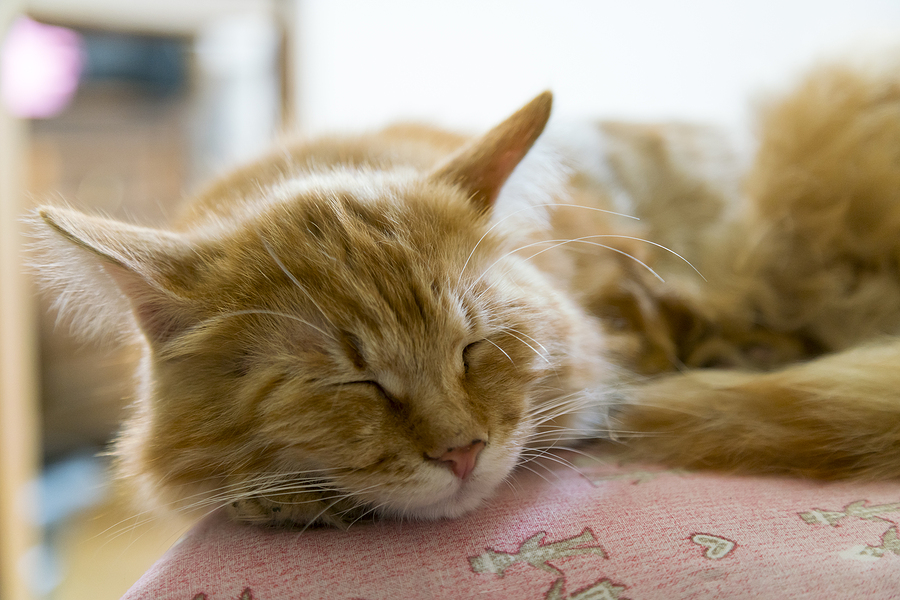 When cats go into heat, they tend to become annoying with all their strange yowling and attention-seeking, and very un-cat-like attitude. Allowing your cat to breed is one obvious way to stop the heat cycle but will also result in pregnancy and a whole bunch of new cats to take care of and feed and eventually have to take care of when they go into heat. It is a nonstop cycle.

The best thing to do is get your cat spayed as soon as you can. Not only is this the best way to eliminate unwanted behavior it will also prevent your cat from getting pregnant and thus breaking the cycle. If your cat is already on heat, your vet will wait for the cycle to end and then spay her. The reason why they will prefer to wait is to avoid the risk of surgical bleeding while in heat.

Why should I get my cat spayed? 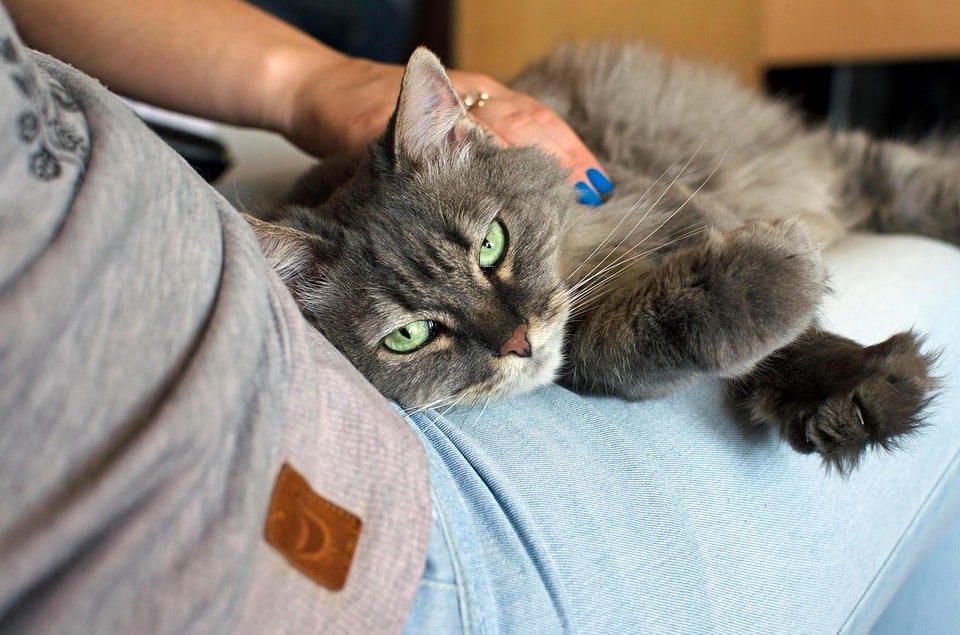 You’re probably wondering that breeding is a very natural process for both humans and animals alike and so why should you put your cat under the knife? There are a number of reasons why spaying is encouraged.

From her first heat onwards, your cat will be able to become pregnant. The surge of hormone released during her heat cycle will make her want to find a mate desperately and she will yowl like she’s in misery. If she is an indoor cat, she’ll even make attempts to run away to be united with a lover. This might result in her getting lost, injured, or even catnapped. It is also unsafe for your kitten to get pregnant at a young age since she’s still growing up. The pregnancy can prove to be a risk to her and her kittens.

Even if you do successfully manage to prevent her from leaving your house, she will still go through her heat cycle every few weeks until she managed to get pregnant or you spay her. Being constantly on heat is not fun for the queen and she will be stressed and unhappy. She’ll lose weight and may even develop behavioral issues. And why should one put their cat through all this misery?

And to top it off, there is already a problem of overbreeding around the world. Shelters are lined with pets waiting to get adopted. So why add to the burden by refusing to spay your cat and adding new kittens into the population every few weeks?