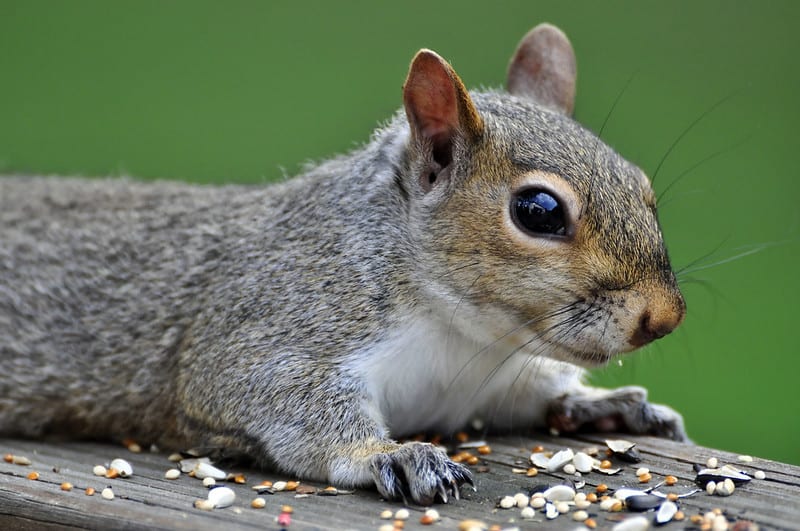 Let us guess, did you just come across your dog eating a squirrel, and you’re panicking? Or did you come up with this question during a life contemplating shower? Either way, you’ve arrived at the right place! We’ve done our research and came up with extensive results as well as some quite fascinating facts for you. Let us brief you with the information and put a rest on the questions bubbling in your mind.

If you have been a pet owner for a long, you would know dogs adore meat. They would more than happily savor on any meat that it is served or almost any. Your furry friend would seldom care whether what it is eating is healthy. From a dog’s perspective, as long as what they’re eating tastes right, there is no way it could have a nutritional flaw. Nonetheless, all that glitter is not gold. Therefore, this is where you come in. You are the hero of your dog’s story! We know you might not feel like it while refusing your four-legged friend a mouthwatering meal. But trust us on this one. Squirrel meat may or may not be one of such cuisines. Let’s find out! 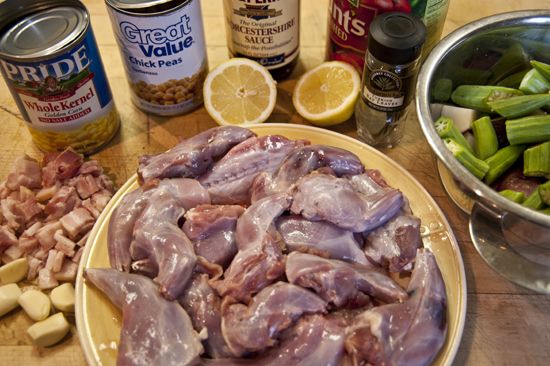 Yes, they can. No harm might refrain you from feeding your dog squirrel meat once in a while. We know you can’t come closer to imagining your well-behaved domestic dog ripping the head off of a squirrel. However, given the chance, your dog wouldn’t give it a second thought. This is for the reason that dogs are predators by nature. No matter how much time you spent royally training them, all of it will go down the drain in front of a piece of delicious meat.

Nonetheless, everything has its pros and cons, including squirrel meat.

Is squirrel meat harmful to dogs? 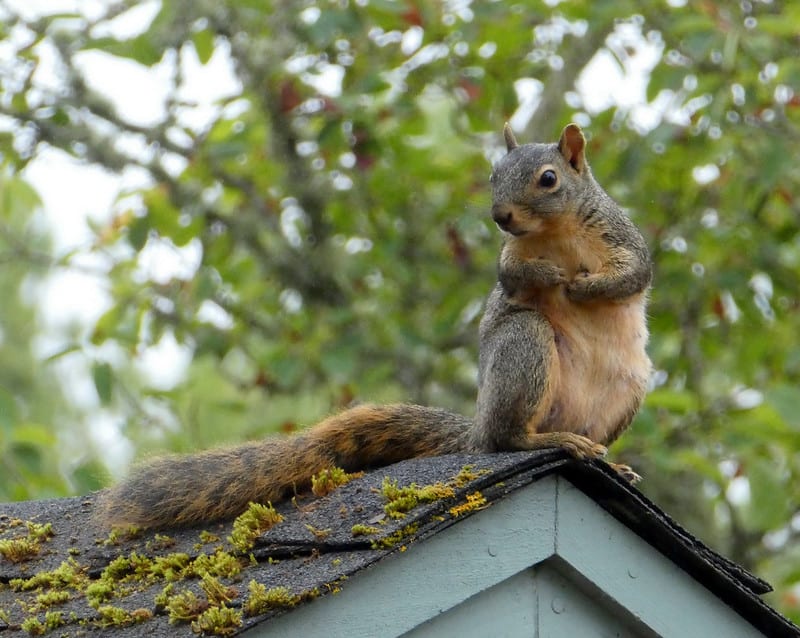 Squirrels being adventurous little creatures wander through every nook and cranny. It is not thought far from reality that they could be the carriers of deadly diseases. A widespread concern amongst the vets is that a squirrel’s bite may be the beginning of your furry fellow’s flee journey. Nonetheless, the good news is that both of the mentioned scenarios are extremely rare.

Conventionally, squirrel meat is only a source of underlying health concerns when it is relished immediately after being killed. The dog may have symptoms like;

If you spotted your dog eating a freshly hunted squirrel’s meat, observe closely for the mentioned symptoms.

In addition to this, the roadside killed squirrels or any squirrels that have been dead for a significant period may not be the healthiest treat for your doggo. They may be the exact opposite. We know what you’re wondering, why is that so? How could there possibly be a difference? This is because animal dead bodies are often an attraction to parasites of sorts. One of the most dangerous parasites amongst all is roundworms. They can make your dog sick and likely hate squirrels for eternity! As a pet parent, it is also integral that you are well familiar with the culprit’s dangers. There may be no apparent symptoms urging you to be worried or concerned. We know, immediate solace is a dreamy concept at such a time of stress. But we’re afraid you’re going to have to put your parent instinct at work for long and keep an eye out for any delayed symptoms.

You might think of roundworms as your worst enemy, and you would be correct in your approach. Anyone who messes with your doggo messes with you! These sneaky little parasites quietly make their way inside your pet’s body, and from then on, it is a health disaster. They suck all the nutrients and supplements that your dog should’ve gotten instead of its meals. If left untreated, roundworms can harm your dog in several ways and dangerously weaken it. A few observable symptoms of your dog suffering from this infection are;

Can eating squirrel meat be fatal to a dog?

There are seldom any cases of squirrel meat proving fatal to a dog. Hence, there is little you need to worry about. However, being a dog owner means you are aware of all the risks and prospects. Therefore, we are going to inform you about a condition that is capable of causing a casualty.

It is illegal to poison squirrels in the United States and most parts of Canada. Similar is the case with several developed countries around the globe. The majority of third-world countries, on the other hand, have no such law. If you live in developing or underdeveloped land, your dog’s probability of eating a poisoned squirrel is comparatively more. Gardeners often use poison to keep squirrels off their gardens. Unfortunately, if your dog eats a squirrel that is poisoned, the poison will enter your canine friend’s body along with the squirrel. If the poison is strong, it can take your dog’s life.

What do I do if my dog has eaten squirrel meat? 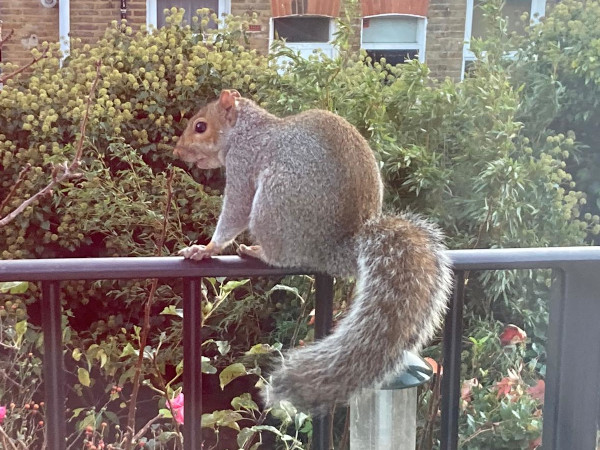 Being a pet owner, you would be used to your pet getting in trouble—the perks of being a parent. New pet parents often tend to panic and give the best of themselves to worry. Despite being understandable, it is not the wisest decision to make haste or panic. Keep reminding yourself that no problem is too big to fix. Besides, you are supposed to take care of your doggo as well, for which you have to get yourself together first. With great power comes great responsibility!

Generally, there is no need for any alarming or quick measures after a dog eats a squirrel. Its body is automatically working to pass the animal out of its system. If you are insistent on doing something to satisfy your parental instinct (we understand how it is), you may feed your dog a meal high in dietary fiber. It will help with digestion and give a push to the process of excretion.

In addition to this, don’t play to be the vet in such a situation. Your furry friend may seem buff and strong but let us tell you, it is susceptible. A minor fault at your end can throw your dog off. That is the last thing it needs when it is already not feeling its best. To avoid and lessen the agony of your four-legged companion, contact your vet immediately. There is no alternative to expert advice, especially in matters of bodily health. We strictly advise you to follow your doctor’s advice over any other means of information or guidance.

Lastly, it is integral to steer clear of any such situation arising in the future. Accordingly, you should train your dog not to kill squirrels or eat any other dead animal. If you incorporate a healthy amount of meat into your diet, it is expected to have fewer temptations.

Is it safe to give my dog cooked squirrel meat? 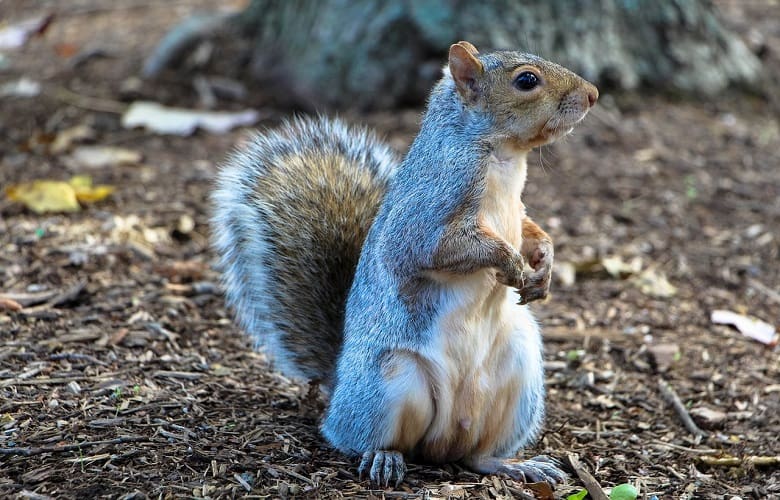 If you have become familiar with your dog’s fondness for squirrel meat, it is better to satisfy its hunger yourself. This will also minimize the dogs’ interest in going for a hunt itself. Bonus point! It is perfectly safe for you to give your dog-cooked squirrel meat. It may even kill some of the toxins if they may be present in the flesh. Despite this, most dog parents prefer feeding their dogs raw squirrel meat. Therefore, if you are running out of time, you may toss bacon or uncooked squirrel meat to your dog as a treat.

Don’t forget to remove the bones from squirrel meat before serving it to your friend. The bones may play their role as choking hazards to the dog. There is no significant evidence proving that squirrel bones are injurious. They can still cause momentary breathing difficulty. To avoid the hassle of having to clean the squirrel meat, you may buy squirrel meat for dog consumption. If not at a grocery store, it will easily be available at any meat or pet shop.

It is recommended by all food and animal experts to feed your pet a minimal amount of food under testing. Afterward, observe for any symptoms of illness or discomfort. If there is no such red signal, you are free to incorporate it into the dog’s diet. Your pet trusts you more than anyone else in the world. It will eat whatever you feed to it willingly. It is you who has to look at both sides of the road before crossing.

Squirrel meat is full of nutrients and supplements. Additionally, it also tastes appetizing. As long as you can ensure that the meat doesn’t contain any toxins, it is safe to feed your dog. However, squirrel meat should not be a replacement for a dog’s regular food. Squirrel meat alone does not fulfill your dog’s physical requirements and may leave it ill-fed. It should be fed as a treat only.