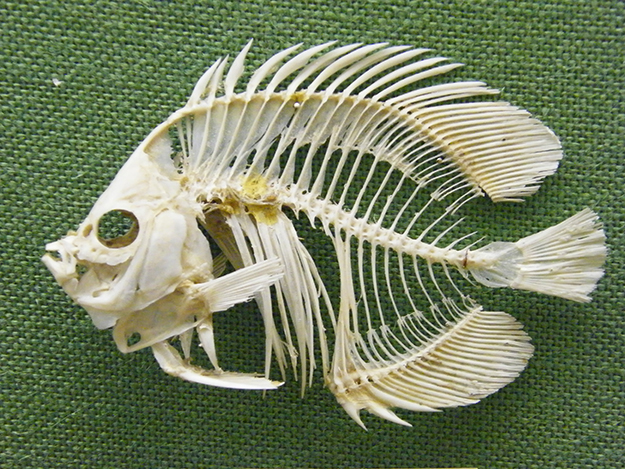 Many pet parents feed fish to their feline companions but are worried about the bones.

Would you wish a bone to get stuck in your pet’s throat? Obviously no! You wouldn’t expect a mishap that would require a vet to visit. Fish is an ideal meal option that is wholesome for your cat. Bones won’t be an issue if the fish is given raw.

The bones of fish are very sharp and small in size. Although many cats don’t enjoy feeding on fish, it is essential to ensure safe consumption. Cats can eat fish bones, but they shouldn’t consume these bones irrespective of whether you give them cooked bones or uncooked ones. Consuming bones can cause choking hazards, damage the internal parts, and lead to internal injuries in their digestive tract. Regurgitating the bones on the part of your cat can cause a further harmful impact on their throat. Feed your catfish only after removing the bones. You should always feed your cat cooked fish on rare circumstances and occasions since it is not their sustainable food. Cats need thiamine to survive, which fish critically lacks. Thiaminase is present in raw fish, which breaks down thiamine actively in a cat’s body. 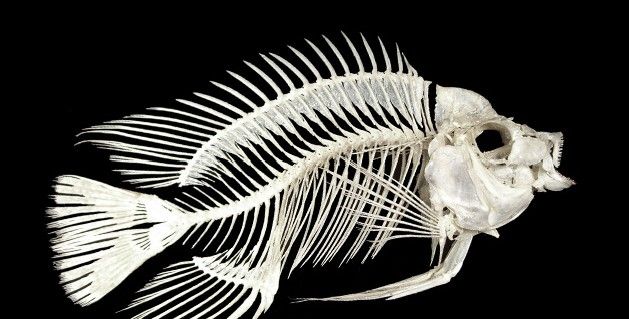 Uncooked and cooked, both types of fish bones cause choking problems. They can lead to internal blockages, which may require surgeries. On cooking fish bones, they become hard and less pliable, which increases the risk of choking hazards for your cat. Raw bones also pose a threat due to their small size, considerable numbers, and needle-like shapes. Bones passing through the stomach can damage the gastrointestinal tract. If bones remain in their gut, then they can be regurgitated, which increases the choking hazard. So avoid the associated risk involved in fish bones.

How can you remove Fishbones?

You may think the process of removing bones from fish is quite fiddly, but it is an essential step. You can buy boneless fish fillets from the market, but still, it will be ideal for checking for the bones that the butcher may miss out on. You should smoothen your fingers firmly along the side of the fillet that is skinless. If you feel any hard ridge of the pin bones situated beneath the surface, then try to pull these bones out with tweezers or needle-nosed pliers. Although butchers and cooks take out most pin bones, it is still better to take extra precautions than feel sorry later. Give a small morsel of fish to make sure that there are no bones. You may pull the fish apart after it’s cooked. Twist a fork into the fish meat to separate the flakes. Bones of fresh fish lack oxidation, which ensures that the bones are easier to consume and softer to chew. But some bones in cooked fish may splinter and lead to damage to the esophagus. So before serving, try to remove the bones of cooked fish.

Why is cooked fish bones dangerous?

When exposed to oxygen, Fishbones, especially in cooking, become more brittle and hard, which means that these bones tend to shatter and snap when cats eat them. If they snap, then it is easily lodged in their throat. And as it is hard, it becomes tough for cats to shift naturally. So cooked bones should be avoided while feeding cats.

What should you do if your cat chokes?

If you see your cat choking, the first step should be to determine, attempt, and remove a blockage. If you are not sure whether the reason behind their choking is fish bones, then open their jaws gently and move your finger to find the blockage around the mouth. Be careful and make sure not to push farther the obstruction down their throat.

If you can’t remove the blockage, hold your pet with its back against your chest and push firmly against the belly and upwards. Repeat the process five times quickly. If still, the bone doesn’t move, hold your pet by their back hips upward and tap against their back. Once it has been removed, take your pet to the veterinary clinic.

Although cats can eat raw fish, you should avoid feeding them raw meat. Since raw fish contains bacteria, your cat may face food poisoning. If you give raw fish, then try to give them in limited amounts without adding seasoning, additives, and flavors.

If you are wondering whether fish heads are safe for cats or not, then the answer is no. Fish heads are harmful as they have big bones, which may cause choking hazards. The fish head is the least appealing part for your feline. Your cat can eat the meat from the head. But there are several risks involved with the bones and skull of the head which should be taken care of. Also, your cat runs through the risk of losing its tooth on chewing one or two big bones of the fish head. If it swallows a piece of bone, then it may also cough and choke on it. You can poach or steam the fish head but remember to remove the meat and set it aside to cool before feeding your cat.

Fish is essential for your feline’s good health as it is packed with omega -6 fatty acids and omega-3. But there are some associated dangers in feeding them fish, and the only possible way to avoid the dangers is by limiting the amount of fish in your cat’s diet. Feed them raw fish or remove the bones if you give cooked fish.

Always feed your cat small-sized fish as the bones are compact and thin, which results in quick digestion and avoids choking problems. Cats are carnivorous, and they often hunt and eat fish and eat the bones too in that process. According to vets, tiny bones may not be a serious concern for cats. As they regurgitate it to get rid of the bones when they feel irritation in their lungs. Fishbones are harmful to small cats. For larger fish like tuna, it is advisable to cut the bones and feed the meat to cats. There are digestion issues on eating boned fish, especially for domesticated cats. Accidents from fish bones may cause tooth fractures and damage the internal sensitive parts.