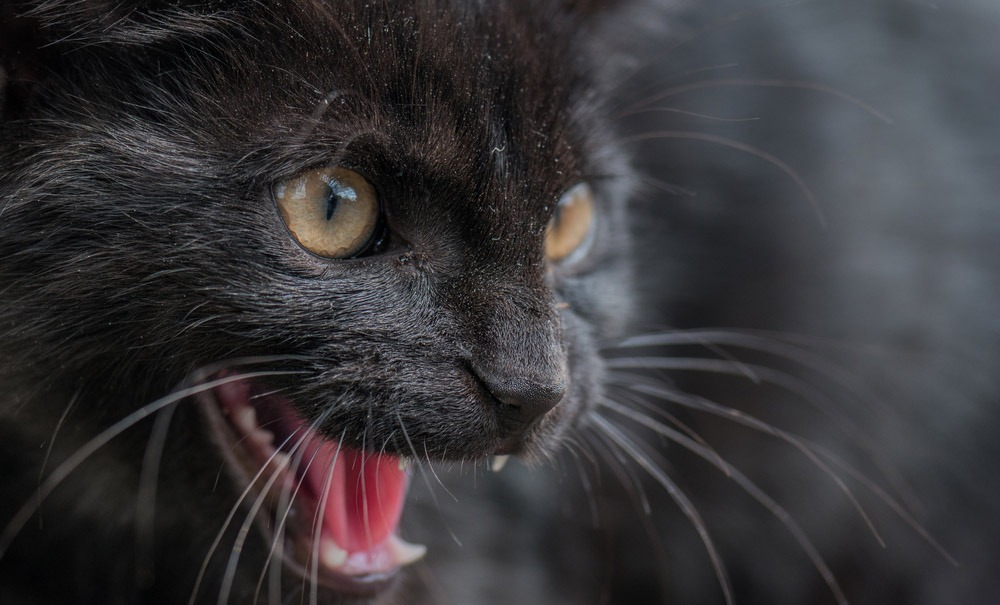 Many people have the misconception that cats hiss because of aggression or hatred but they actually hiss due to fear. When they hiss, they will normally bare their teeth, flatten their ears to their head, fur standing on end, and back is arched. This is normal behavior for a cat. Not only will they hiss because of fear but also because they are upset about something or they feel threatened. Hiss is not aggressive behavior but if they are hissing a lot, then there is something wrong, or your cat is trying to tell you something. 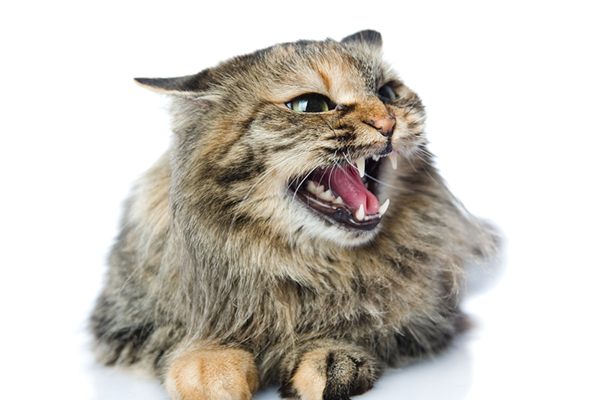 When your cat hisses, the sound that they make imitates a snake preparing to strike. It is also known as mimicry. There are some experts that feel that cats developed this habit by imitating snakes. Among animals, mimicking another species is a survival tactic. In most species, from horses to humans the sound of the snake’s distinctive noise get a hair-raising feeling. The cat borrows the snake’s vocal sounds hoping they can get the same reaction from whatever is bothering them. They hope that the hissing will be enough to keep them safe.

Fearful of people or feel threatened

It is not something they can control because they will hiss when they feel threatened or scared. This is a common cause of your cat hissing. It is typically a warning that if they continued to be provoked they may attack. Sometimes they hiss if they are handled roughly or are being restrained, such as when they are taken to the vet and have to be held while being examined. It could also be due to someone holding them when they do not want to be touched or held. A cat that was recently feral may hiss at you because of new surroundings and they are scared. 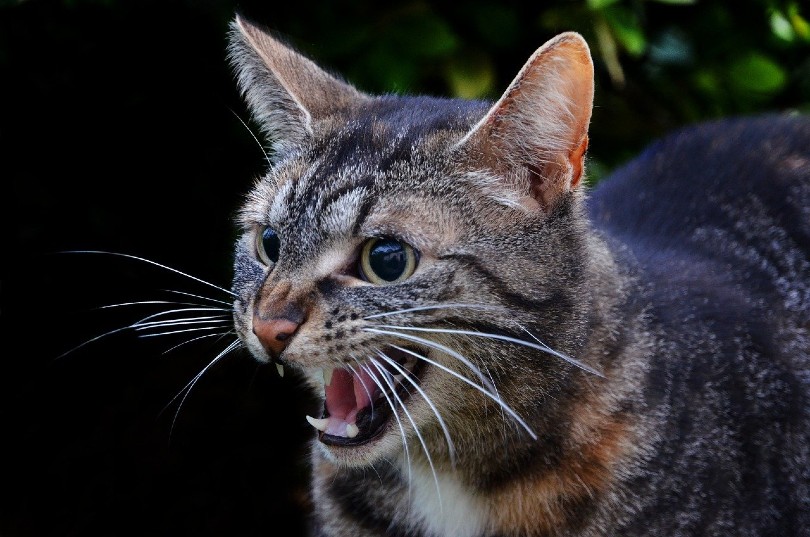 This is another common cause because they do not like confrontation with other animals. When they hiss, it is a way of telling these other animals to keep their distance. It is common to hear hissing between male cats that are not neutered and are searching for a mate. The hiss this time is being used as a tool of intimidation.

Scared of the unfamiliar 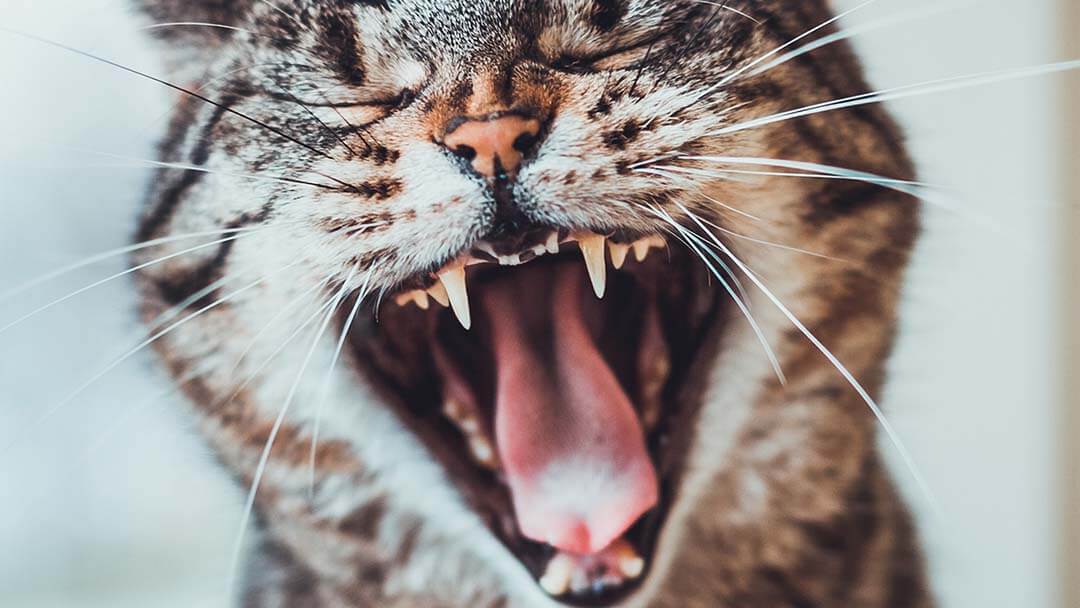 These can be objects, changes in their environment, or people. As the cat feels more comfortable, the hissing should stop.

Stress can be related to feeling threatened or unfamiliarity but it can also be related to some type of stressors in their environment or life. A cat is an animal that does not cope well with stress. Their choice, when dealing with conflict is to fight, flight, or freeze, but they would prefer to avoid conflict. When they hiss, they are reacting defensively.

This is one of the less common reasons that can cause a cat to hiss but it can happen if you accidentally touch them where they are hurting. Sometimes a cat will hiss if they are suffering from arthritis and they move in a way that causes them to hurt. 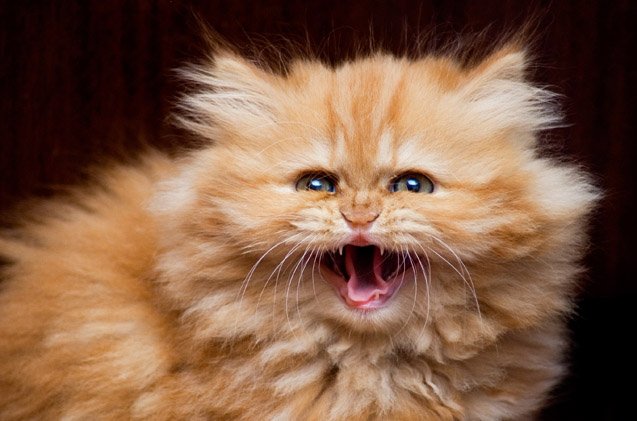 There are some quirky cats that when they become annoyed or displeased with something or someone, they will hiss, much like a person will do when they say a swear word. They may also hiss when they are denied a treat or you are trying to bring them inside and they do not want to. If someone is trying to play with them, and they don’t want to be bothered, they may hiss. If you have recently brought a new kitten into the house, the cat may hiss to show their displeasure with the entire situation. Sometimes they will hiss at you if they smell another cat on you.

In cats, there are different types of aggression and it is not like aggression with a dog where you know they are going to bite you.

How to deal with the hissing

If you feel your cat is in pain, then you should take them to the vet to make sure and get treatment for what is causing them pain. If it is for other reasons, give the cat time to calm down. Understand that they are doing this for a reason and are not trying to be aggressive. It is their way of communicating.