Cats are playful creatures, and it does not take much to care for them. They are very low maintenance and can survive in the strangest of conditions. They do not require much affection either, much as dogs do. They are calm and relaxed and will not bother you unless you are not feeding them. Cats can be irritable during their time of heat, but other than that, the most you will have to do if you plan on keeping a cat as a pet is to feed them and clean their litter boxes. A scratch here and a pat there is the most that they long for.

Cats tend to chew on wires, though, and there are multiple reasons for cats to be doing this. 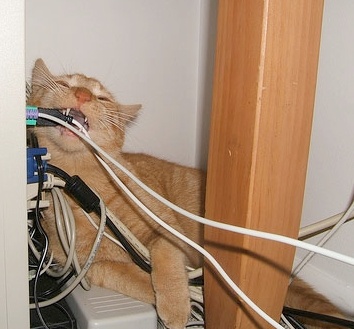 Most of these wires presented in your homes and used as electric cords are usually made of a certain plastic coating. This plastic coating has a feel or taste of sorts that the cats really seem to enjoy. It is believed that the plastic’s rubbery feeling can be quite good to the gums of the cats. The temperature of the plastic is also something that cats seem to like.

Since cats’ sense of smell is much stronger than that of a dog, they can differentiate scents much better than humans. We do not feel that our plastic-coated wires are appealing, but the cat’s heightened senses may find something that feels really good to them. There may be some element regarding taste in the plastic that we do not exactly recognize, but cats might not only be able to recognize it, they may also enjoy it. Our plastic bags are also sometimes covered in cornstarch or something starchy that makes the cats want to lick these plastic bags.

Photos are also covered in gelatin, appealing to some other animals with heightened senses for gelatin. Similarly, cats may like the taste of corn starch on these wires. Apart from that, the wires used in our homes are also covered in fatty acids; these may be extracted from vegetables or animals and may be used in a decent amount on these electrical wires. Maybe, these constituents are what draw your cat to them. Cats like to chew in general, and this may be very attractive to them. 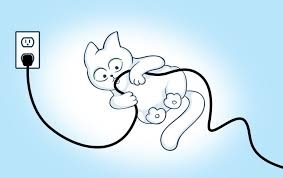 For some cats, this may be purely out of habit. Cats, too, have the capability to develop OCD, much like humans. This may also be a reason for cats obsessively chewing on the wires used as electric cords. People have also compared this chewing to humans who tend to bite on their nails at times of stress or even at random because they may have developed a habit over time. Cats may also develop a habit of chewing on your wires over time, and now it has become difficult for them to stop because they were not exactly stopped the first time.

Cats are very playful creatures, as is mentioned before. Therefore, they will often look for items and objects that are stringy or stretchy and use these to entertain themselves. They like to play with strings by pulling them or stretching them with their mouths. Since the shape of the electrical cords is very similar to that of a string, it may attract cats much more than usual. Cats may want to pull them or bite into them with their mouths because it might be very entertaining to them. 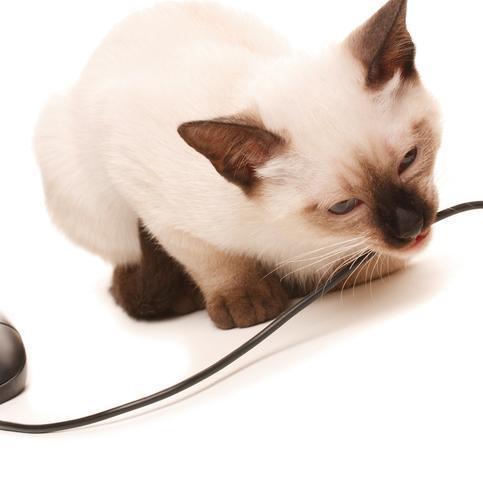 If a cat is bored, it will likely find something to do if it feels like doing some activity, and you are not giving the cat any attention. It will start to play with the stringy electrical cord. People say that cats tend to chew on wires when they have absolutely nothing better to do like humans tend to scroll on their phones and go through social media. Cats chew on wires when they feel bored and need some activity or something to distract themselves from the boredom. You may need to find an alternative if you do not appreciate your cat biting into your electrical cords.

You can use multiple methods to get your cat to stop chewing on your wires. Not only is it an additional money problem, but it is also very dangerous for the cat. If the cat has been chewing on one spot for a long period of time, sooner or later, they will hit the metal copper of the wires, and the day they do, they are risking getting electrically shocked by the wire, if it is in use and the switch is turned on.

You can hide your wires using PVC tubing. This may hide the wires from your cat’s visibility and keep the wires protected from any external wear and tear that may occur because of the surroundings. 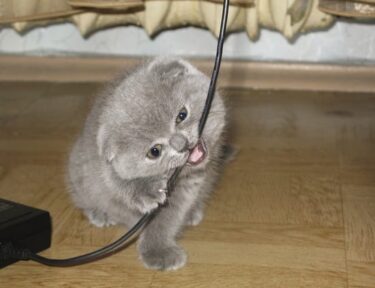 You can also easily coat the wires with smells that are not appealing to cats or dogs. Slowly, they may start drifting away from the smell, and before you know it, you may be able to make them drop the habit completely. If they taste something unpleasant, they will eventually stop chewing on the wires.

You may also be able to distract your cat with playtime. Keep them involved and entertained as often as you can and when you have free time. That way, they may have something to help them get rid of the boredom, and they will get tired from playing to be able to exert their energy on any chewing that they might like.

Get them toys that they may be able to chew on; that way, they will leave your toys alone.

Chewing wires may seem endearing, but it is never good for cats. Find a better alternative for your cats so they will stop.