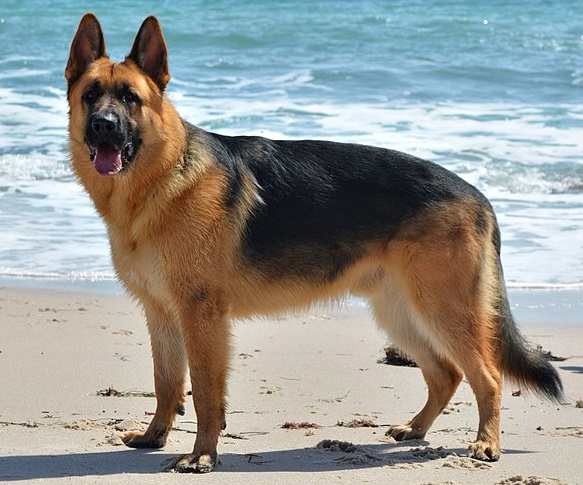 We all love German Shepherds! Don’t we? Coming home after an exhausting day at work and finding your furry bundle of love waiting for you at the doorstep, is indeed an adorable sight. Affectionate, Loyal and Playful- the reasons which make it man’s ultimate best friend!

Having a dog is surely not that easy! In case you own one, most of your time wouldn’t just be spent on maintaining and grooming it but also worrying about its growth stages. However, having appropriate knowledge about the growth stages of your dog, particularly a German shepherd is extremely essential to deal with the dog’s behavior and conduct through it.

If you own a German shepherd then you must have seen some haphazard growth and might be a bit perplexed with it. You may even be wondering, “When do German Shepherds stop growing.” Fortunately, you are at the right place, as here we have gathered a comprehensive guide to help you understand the growing stages of your furry bundle of love. Keep scrolling!

How big do German Shepherds grow? 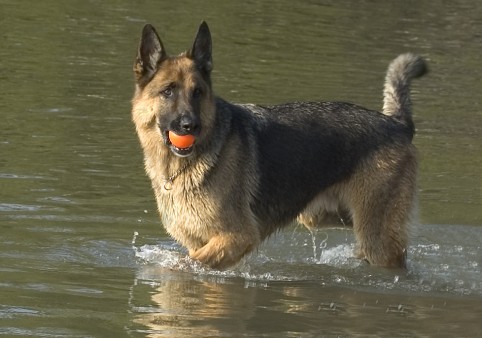 German shepherds are medium to large-sized breeds of well-built dogs. Particularly, the male shepherd grows about 25 inches long and weighs around 65 to 90 pounds. They weigh approximately 77 lbs on average. In contrast, female shepherds are 20-21 inches tall and only weigh 45 to 70 pounds, thus they are comparatively a bit smaller. This growth usually occurs in a span of 2.5 to 3 years.

However, it must be understood that the above stated physical measurements are just average, and your dog may not meet them exactly. The variation in genetics, diet, and lifestyle may all distinguish the growth of your shepherd. Hence, as long as your shepherd seems healthy with no noticeable issues, you shouldn’t worry much! 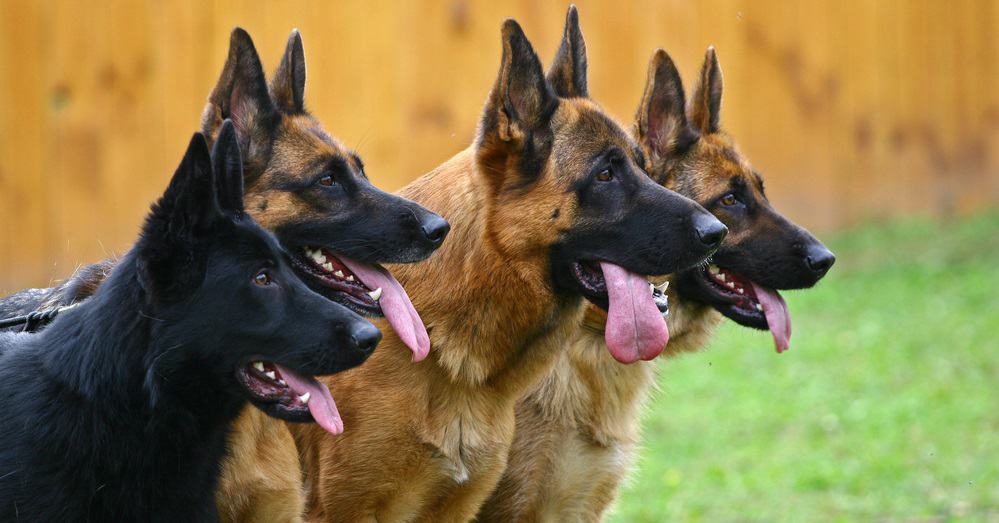 Unlike dogs of similar breeds, German shepherd matures on a wide span of time. Thus since the day a puppy born is born to its adulthood, it goes through a complete growth cycle.

This stage includes the initial two weeks of puppy, in which they grow almost 65 to 90 grams per day. They are born blind and deaf, and are particularly helpless in this stage. They are absolutely dependent on their mothers and spend most of their time sleeping. A healthy puppy may easily double his weight with in the first week only!

This stage includes the time from the second to the fourth week of a puppy’s life. During this stage, they are able to see, hear and walk. They start exploring their environment and become more independent. 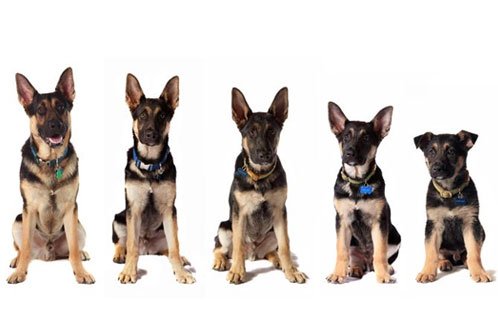 The socialization stage lasts from around 3 to 12 weeks. During this period, they start feeding on soft material and begin communicating. Also, their body temperature starts stabilizing. This is an extremely critical stage in your puppy’s life which holds a great impact in the later stages.

Throughout this stage, dogs must be exposed to affectionate people and animals. Dogs that aren’t exposed to the right environment during this stage may become aggressive to strangers later in adulthood.

The Juvenile stage lasts from around 3 to 6 months, and during it, a shepherd starts exploring his surroundings more actively. Also, their puppy teeth will be replaced with adult teeth and by the 4-6 month, their ears may start standing.

As the puppy becomes more independent during this stage, you may also initiate its training. By the end of this stage, your puppy may also reach its sexual maturity in the sixth month. 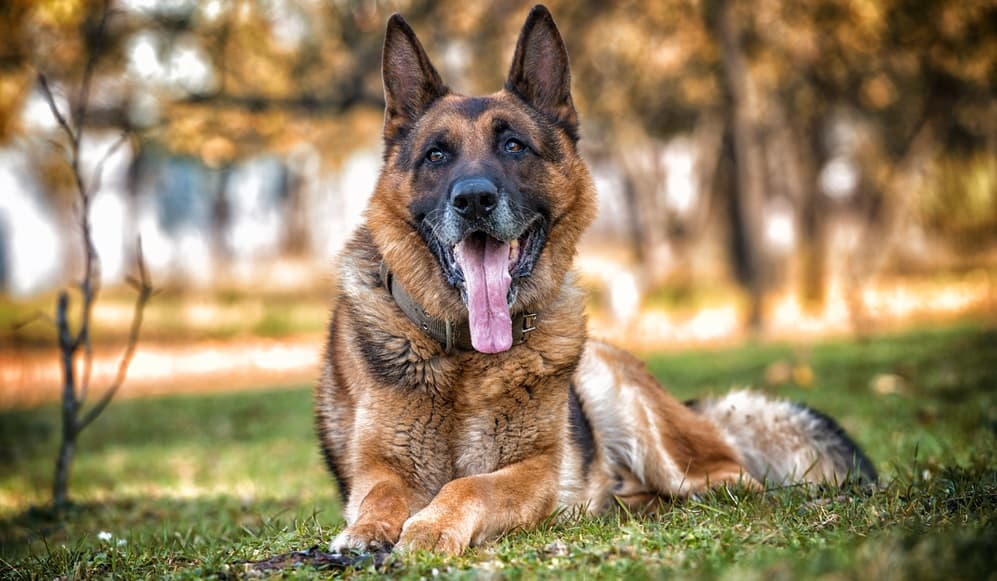 This long stage from 6 months of age until around 2 years old is significant, where the sexual maturity of your dog is the primary development. Their bodies may enlarge greatly, reaching to a significant size during this stage. Also, female dogs may have their first estrus period by this time, while males may start marking their territories.

By the age of three, German shepherds are marked adults, where they reach their optimal physical and mental maturity. This is the time when they are capable of depicting phenomenal obedience, intelligence, and courage. If you have handled the behavioral issues in the right manner during the earlier stage, this will be an ideal time for creating a happy bond!

End of the Growth stage- Male and Female Shepherds

The growth cycle of male German shepherd ends by 2 1/2 to 3 years of age. Usually, they grow up to 25 inches long after which their growth cycle finishes. On the other hand, the growing stage of female German Shepherds ends slightly earlier as compared to the males. They completely stop maturing any further by 2 to 2 1/2 years of age. 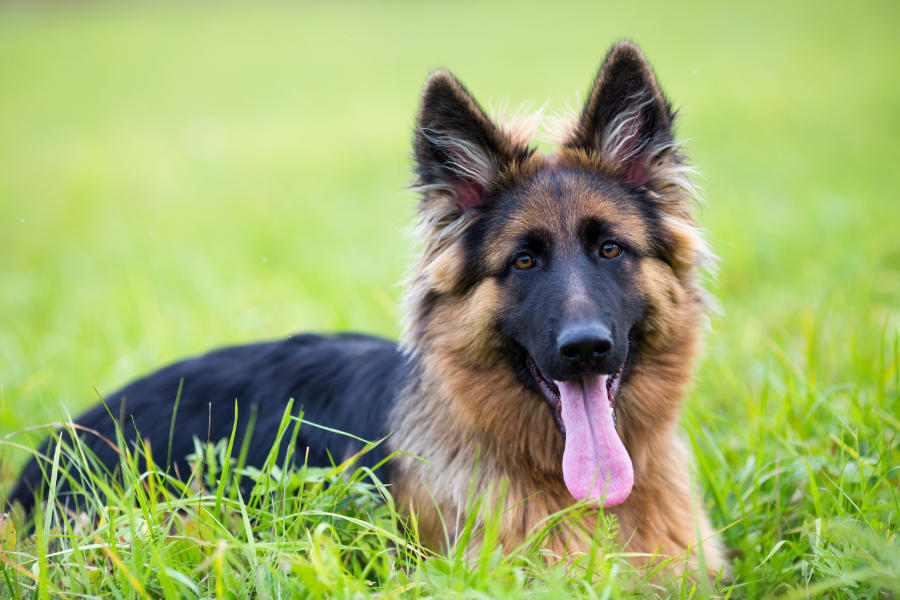 Q1- What is the average life expectancy of a German shepherd?

Ans- Usually, a German shepherd can easily reach up to the age of 13. However, life expectancy may vary from dog to dog based on lifestyle, diet and health factors.

Ans-By the 6 months of age, they will stop biting and chewing around. Yet, mostly absolute maturity is achieved after the adolescent stage.

Q3-Why is my Shepherd not gaining weight?

Ans- If your dog has crossed its growing stage; you can’t expect any major changes in its weight. However, if it’s still in the growing cycle and not gaining weight, it might be due to:

We all may agree that German Shepherds are an energetic and playful dog and they bring incredible happiness in our lives. And to truly love them, it’s essential for us to comprehend their growth cycle and deal with their behaviors respectively. For instance, during the growing period, we must supply them with a nourishing diet and make suitable environmental changes accordingly. Also, knowing when the growing stage of your shepherd ends may help you escape the unnecessary worrying about it.

And trust me; no matter how hard it may get to cope up with these cycles, those kisses, playful licks and fury smiles make it all worth-while!