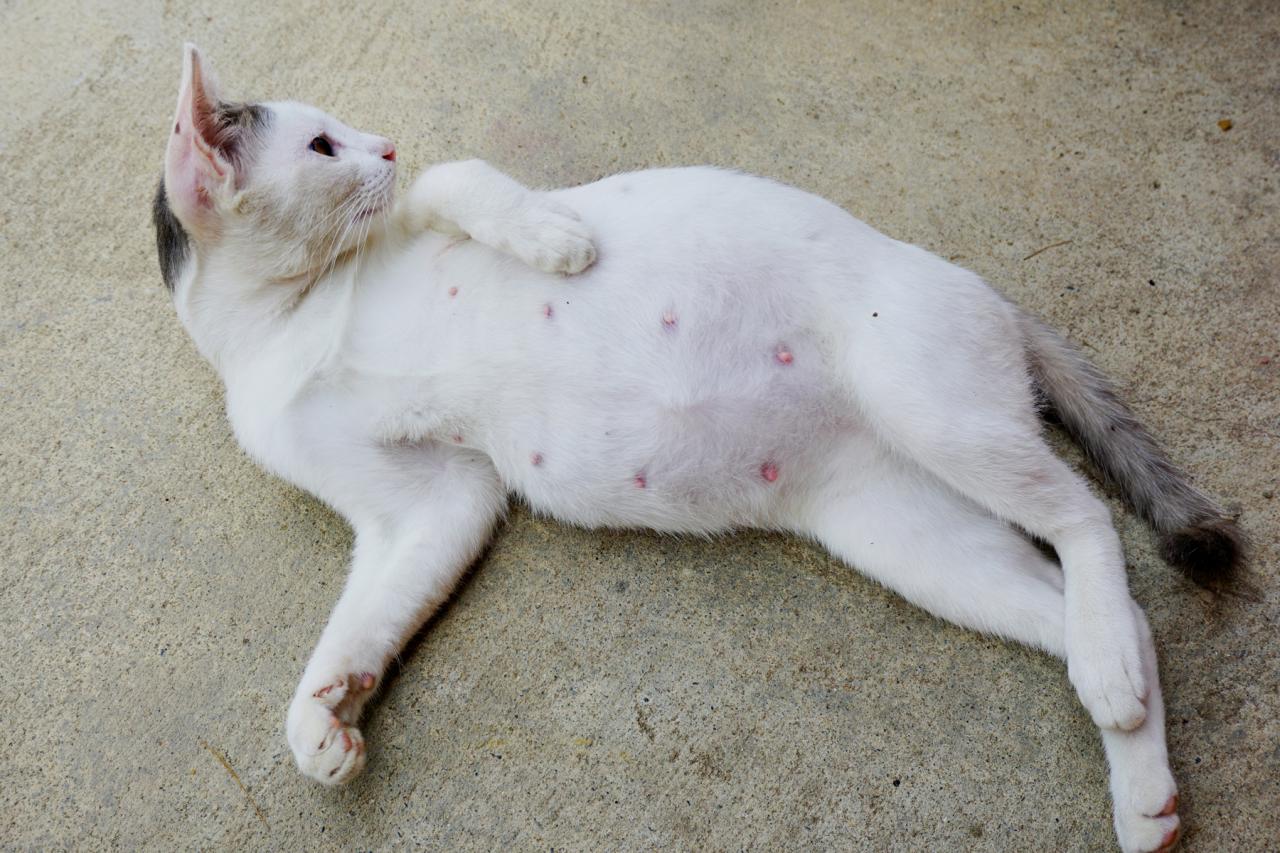 Cats are great pets to have around, but nothing is more stressful than when your cat goes into heat and becomes desperate to find a mate, especially if you don’t want to expand your pet family.

If you don’t want your cat to get pregnant, the best option is to get them spayed or castrated (depending on their gender), but there are other options too. Your vet will need to give the go-ahead, which usually is as early as six to twelve weeks of age but no later than four to six months.

Understanding your cat’s reproduction process is important as it helps you make an informed decision about how you want to go forward with preventing unwanted pregnancies.

Male cats are often referred to as toms and reach puberty by the age of six months. When your male cat is ready to mate, they begin to show antisocial tendencies such as emitting an unpleasant smell, refusing to groom, and fighting. They also tend to start peeing outside of their litter boxes as a way to mark their territory.

Female cats, or queens as they are called, reach sexual maturity and activity, usually at around 6 months of age but can start as early as 4 months, and their cycle typically lasts around four to seven days. They become increasingly promiscuous and will become desperate almost to find a mate. A female cat’s gestation period is for 57 to 63 days, and once they give birth, they can get pregnant again within 6 weeks. A litter can have up to 6 kittens at a time.

Considering how often cats can get pregnant and how many kittens they can give birth to at a time, there’s no wonder why owners want to find ways to prevent pregnancies in cats. So what are the options available to prevent your cat from getting pregnant?

The surgery that stops queens from getting pregnant is known as “spaying.” This procedure involves removing your cat’s womb/uterus and ovaries.

The tomcat is castrated, whereby his testicles are removed via operation. 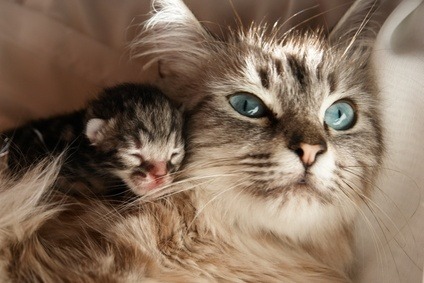 There is no male form of birth control for cats, so this is only for the queens. There are two kinds of medical contraception available, those being either tablets or injections. If you choose to avail of this option, you’ll need to discuss it with your vet, who will prescribe the medication required. You will need to start your cat on birth control before they turn six months old. With birth control medication comes the usual disclaimer that no contraceptive is 100% effective. At best, birth control is a short term solution to unwanted pregnancies. You can’t rely on them for the long run.

What if you don’t want to put your cat through any medical procedures or medications? Do you still have a chance of avoiding unwanted pregnancies? The answer is yes, but it will require a lot of hard work on your part. Even then, if you momentarily get distracted, you might end up with a pregnant cat! So what are these techniques?

Control your feline’s exposure to daylight

You’ll be surprised to learn that seasons and the weather heavily influenced your feline’s reproductive cycle! A young queen will need around 12 hours of daylight for their reproductive cycle to be triggered. Out in the wild, cats avoid getting pregnant in the winters. Just because your cat is domesticated doesn’t mean their instinct has gone away. So why does this happen? Cats in the wild need food to survive for their kittens to survive, and in the winter’s food is scarce, which is why they prefer giving birth in the summers.

Considering how your domesticated cat lives in artificial lighting, the whole seasonal mating effect is lost, and they end up getting pregnant any time during the year. To prevent unwanted pregnancies, try to limit your feline’s exposure to artificial light, especially in the summers, when the days are long. This will replicate the shortened days outside, which delay the female mating cycle.

Choose kittens of the same gender. 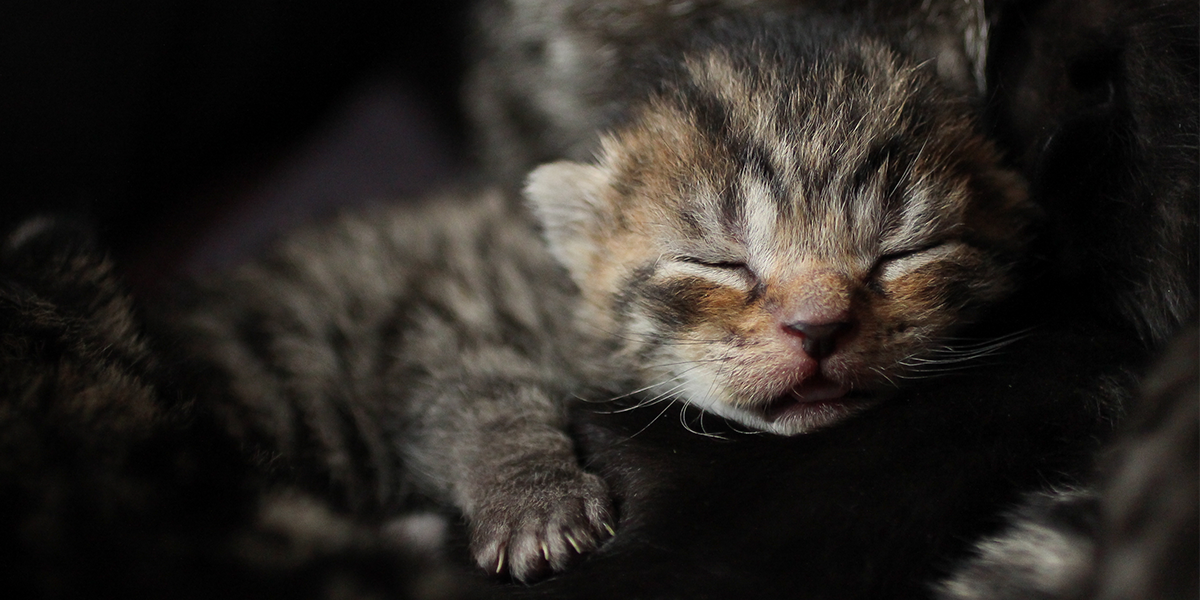 If you already have more than one cat and don’t want to expand your family beyond what you have, try to aim to get the same gender cats when you do. If you have two girls or two boys, there is no chance of procreating at home.

This is the second-best option other than putting your cat under the knife. You’ll need to put your cat under house arrest when they start exhibiting signs of wanting to find a mate. So keep an eye out for your tom cat’s behavior and begin quarantine when you start to see the signs. However, if you do keep your feline under house arrest, they might begin to show rebellion and might start spraying and marking their territory around your house.

Your queen will only become pregnant when they ovulate when they go into heat. When you see the signs that she has begun to go into heat, isolate her from your male cats by keeping her in a separate room. If you don’t have male cats, you’ll still need to keep an eye out for your female to stop her from escaping to the outside.

It might seem as though the decision to prevent your cat from becoming pregnant is daunting, but we can assure you it is for their benefit. Beyond just the amount of kittens born, there are health risks such as cancer that can be avoided if you neuter your cat. It also prevents them from running away and either getting into fights or risking getting hit by a car in search of a mate.

If you feel that you don’t want to take an irreversible step, consider the other options. It’ll be a lot of hard work, but the result will be worth it. Good luck