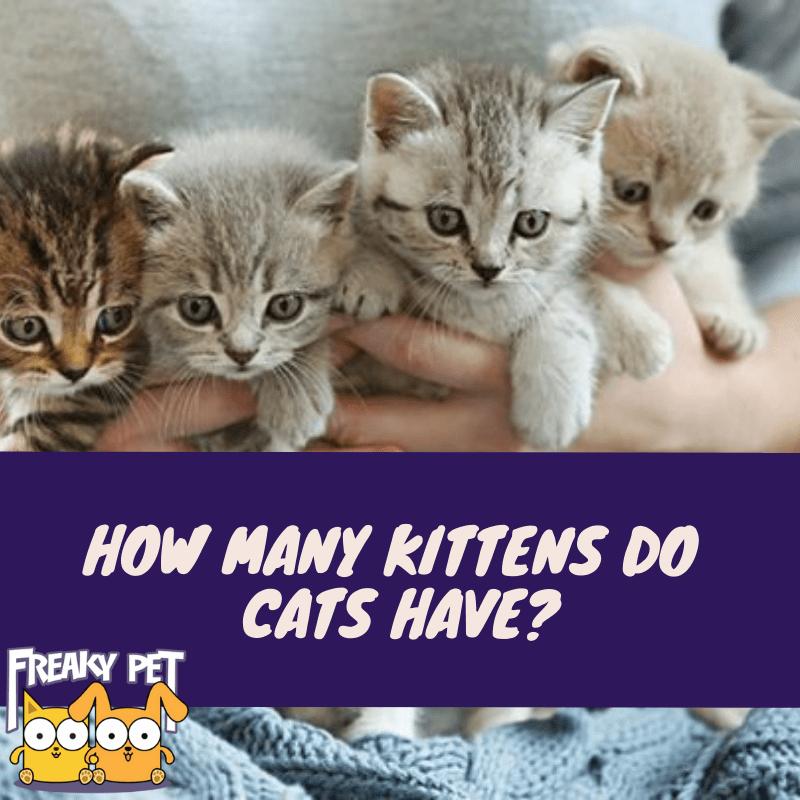 What are Prolific breeders?

Compared to other impulse kinds of animals, felines are usually prolific breeders. A cat has the capacity to produce 11 or more kittens in a year if any birth control methodologies are not followed.

Cats mature at a faster rate and their body becomes ready for reproduction. Once a kitten reaches puberty, it starts reproducing and many cat owners stop by spay or neuter.

Is there any age for a cat’s maturity? 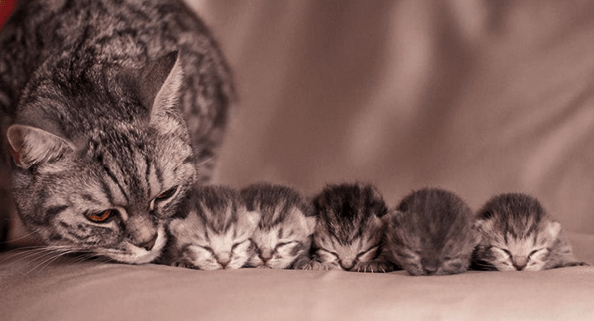 A cat, in normal condition, when it reached 5 to 9 months of age or when it weighs 4.4 pounds, is ready to reproduce. A male cat can impregnate a female cat countlessly. Yes, the male cat has the capacity for that.

Female feline, during the sexually mature stage, behaves very lovely, caring, some even tend to rub its body against any item. Some female cats spray in heat. On average, a cat can have between 6 to 24 kittens a year. Because of this huge number of litter kittens, cat adopters recommend spaying or neuter female cats.

Some researchers identify the characters of a cat by seeing just their fur color.

The number of kittens a cat can have is not based on the size of the cat but the breed, the environment, health, and other such external factors.

Factors that influence the size of the litter are, 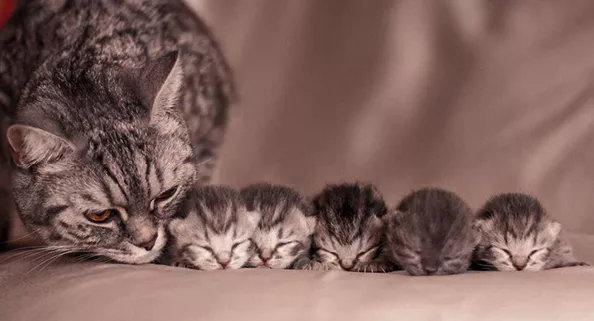 Experts and cat owners agree to the fact that the cat plays a major role in determining the litter size. The cat, being young would be able to produce small size litters whilst the older cat may be able to give birth to a large-sized one.

The breed, similar to the age factor, plays an important factor in deciding the litter size. It is believed that the Manx type of cats has litter which reduces for every birth cycle.

Cats are seasonal breeders. And these feelings creatures feel the heat at various seasons. We cannot guarantee that two cats feel the heat at the same time. While your cat has given birth to kittens and your house is busy during this time. Your cat will undergo hormonal changes, physical changes, and environmental changes. The body internally will be preparing the cats body for the next heat cycle.

Yes, this might be surprising for a few, but the fact is a fact. Generally, a cat will undergo its next heat cycle, or the nursing cat can be ready for the next reproduction in about six to eight weeks after giving birth.

OMG! Can a cat have this number of kittens? 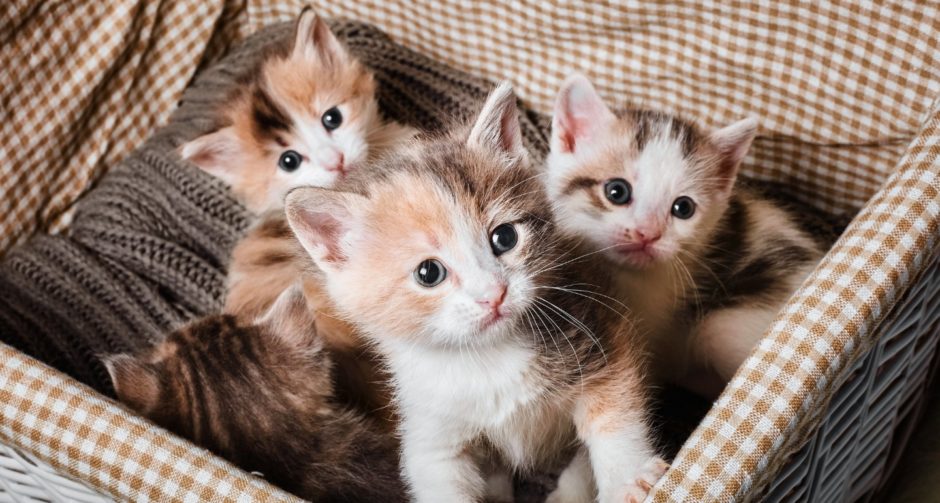 Unlike human beings, a female cat does not undergo menopause period. So, it is like a female cat can mate and deliver kittens as long as it is healthy and feels the heat.

However, the female cat does undergo a decrease in the capability of reproduction as age grows. So, calculating this for a lifetime it is almost 180 kittens in her lifetime, breaking down it is around three litters per year with an average of four kittens per litter with the lifetime deliveries of fifteen times. That is 3*4*15 = 180 kittens. This would like we are living in a cats world! Not our earth anymore!

That is alarming, I know. Although a cat can give birth to a large population, not all kittens survive healthily. Still, a fraction of these 180 kittens per cat would be large considering the overall population of a cat in and around the world.

Is your cat pregnant? 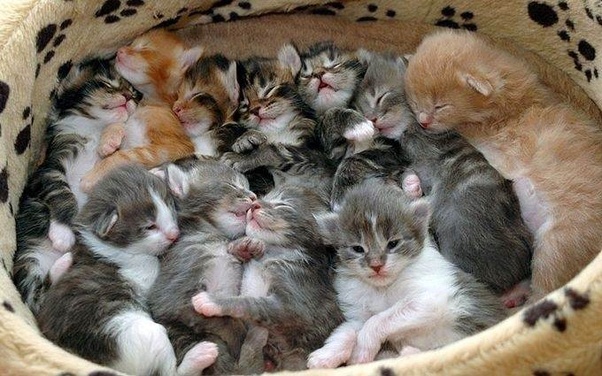 You might be overjoyed of seeing your little kitty giving birth to young cute kitties. But that is not enough. You must know what happens before and after the kitty’s birth.

The term used to call when a cat is ready to give birth to kitties is called queening. A cats pregnancy lasts around 60 to 65 days.

The best-trusted way of knowing whether your cat is pregnant or not is by booking an appointment with your veterinary doctor and taking your little cat for a check-up. Due to humans curious nature, before going to a doctor we wish to know with our available sources. For those tips, see below.

This may help you to some extent but cannot always be trusted.

This method can aid in finding how many kittens your cat is going to have possibly but not always accurate.

Her nipples get enlarged with pinking up, which is nipple becoming pink or reddish in color after her mating and two to three weeks.

How to take care of your cat if it is pregnant? 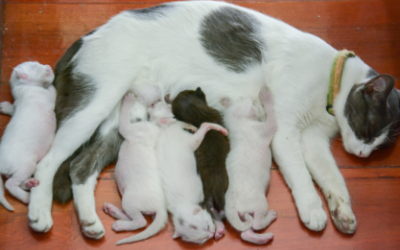 Alike humans, pregnant cats may also have morning sickness and vomiting in the initial days of pregnancy. She might have vomiting as part of a lack of appetite.

This will not continue for a long time or till the end of pregnancy. But stop eventually during a few weeks passes.

Take good care of your cat since any miscarriage would be difficult for the small animal to handle.

Abnormal vaginal discharge may be one of the symptoms of miscarriage.

Reason for spaying and neutering

Unless you need kittens to grow and pet for yourselves or sell, there is no reason to let the cat become pregnant again and again.

Frequent pregnancies in the cat lead to body illness and sometimes become prey for diseases.

Once the cats are spayed or neutered, it is still going to behave fine and live long healthily. As stated above, to control the kittens population, it is a better option to spay or neuter the cat while it is three to 5 months old. Earlier would be fine since some cats become ready physically for reproduction when it is four and a half months old.

So, if you are interested in petting one kitty at your home, then it is better to spay the female cat and act wisely.