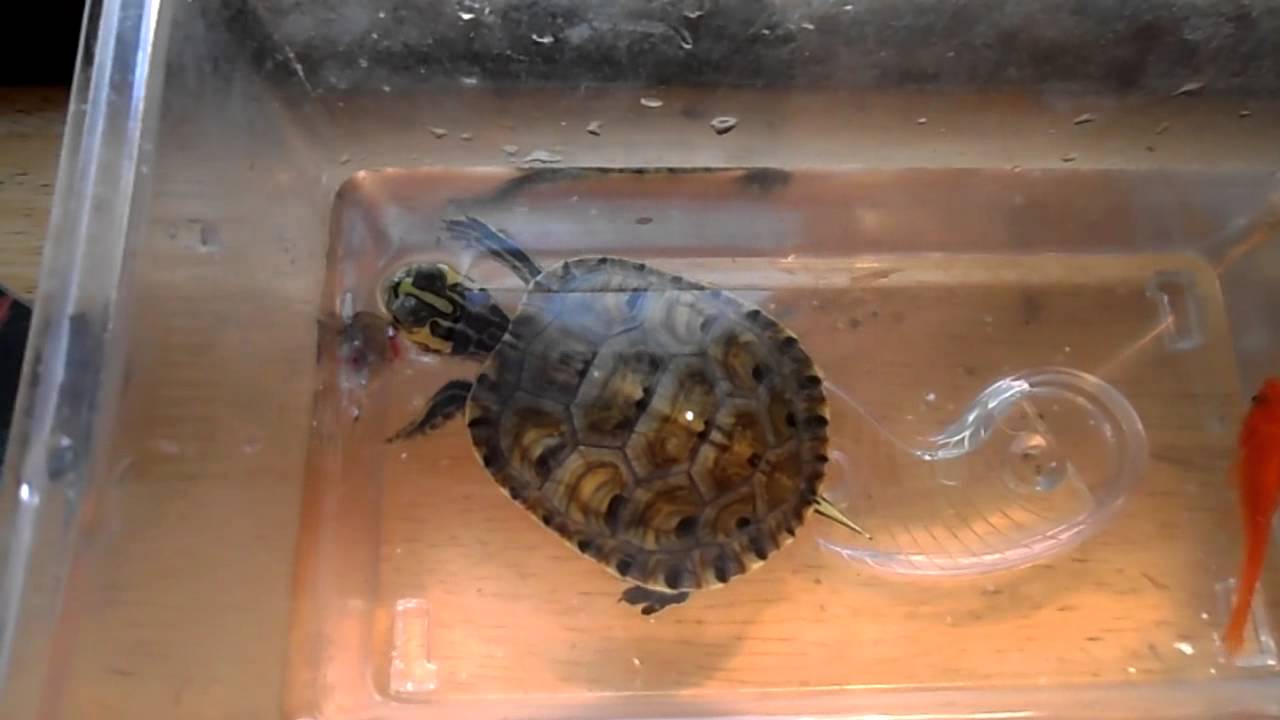 Turtles are a very underrated pet. These adorable creatures live long lives, up to 80 years even, and are one of the least demanding and low maintenance pets one could possibly have. Their only major requirement is that you make sure they have a fulfilling and well-balanced diet that will keep them healthy and happy.

However, considering that having turtles as pets is rare, you don’t usually get a lot of helpful advice from other pet owners, and you often find yourself about the dos and don’ts of feeding your beloved turtle.

It is important to understand and appreciate the ways in which turtles differ from other animals, and the best way to do that is by getting to know them.

Here is a guide about what your turtle likes to eat and, more specifically, if they can eat fish.

What do turtles eat?

Knowing this helps solve one half of the puzzle. Other factors that affect your turtle’s feeding preferences are the structure of their jaw and where they live, and what food sources are available for them.

As far as food is concerned, here is an overview of the safe food options for your turtle:

Turtle pellets that are commercially available are one of the safest foods to offer them, considering how they are made just for our turtles. The pellets don’t break or fall apart, nor do they disintegrate in water. They should make up 25% of your turtles’ diet since they meet most of your turtle’s nutritional requirements.

Fruits and vegetables are also an important part of your turtles’ diet, though they count as filler food for most of the part. Make sure the fruits and veggies that you offer are fresh and more preference should be given to dark leafy greens such as lettuce and kale. Fruits should be chopped and can include all sorts of berries and melon.

Feeder fish and insects are also an integral part of your turtles’ diet and also makeup around 25% of their diet. They are an important source of protein, which is important for your turtle’s health. They are also rich in minerals, including calcium and vitamins such as vitamin A.

While feeder fish make up a large portion of your turtles’ diet, you have to be careful when you feed them to your turtle. Certain fish can prove to be a health risk for turtles for the following reasons:

Fish to avoid at all costs: 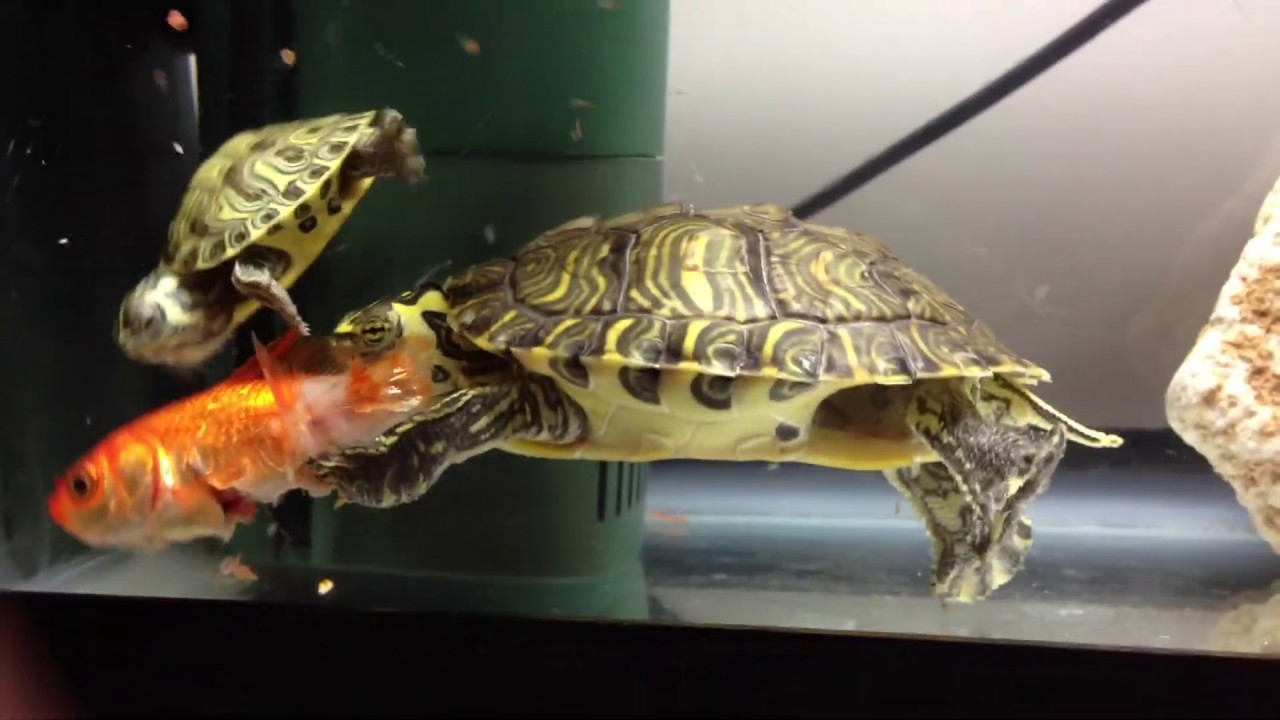 One fish that should not be included in your turtles’ diet is goldfish, which is for several reasons.

Having spiny bones that are swallowed can cause internal and throat damage to your turtle to start off with goldfish. Turtles don’t usually eat fish whole, especially the larger ones, and so they tear them apart. But they do so a bit sloppily, and that can result in bones getting stuck and harming their insides and thus should be avoided. While this doesn’t happen frequently, it is still a risk.

Secondly, goldfish have high-fat content, and that isn’t a good thing for your turtle’s health. For most of the parts, your turtle needs protein, which it gets from fruits and vegetables. Too much fat can pose a health risk and can cause Vitamin E deficiency. If a turtle suffers from chronic vitamin E deficiency, they are at risk of weaker bones and shell and will have a slower healing process.

What are feeder fish safe for turtles?

The most obvious thing is to find fish that do not contain all the health issues that we’ve mentioned above. They shouldn’t be too fatty or have sharp bones and shouldn’t be caught from the wild. The fish that meet the criteria of safe options include the following:

In the wild, turtles don’t get the chance to eat live fish too often, and thus fish isn’t a staple part of their diet. They prefer plants and insects more than fish since they are easier to catch and eat.

This is why fish constitutes an occasional treat and not a major part of their diet. And offering live fish to your turtle can offer a great source of stimulation and excitement with the chance to chase around, and so are a great occasional treat.

How often should it be?

If you really do want to offer your turtles fish as an occasional snack, then the best way forward is to give it to them once or twice a month at most. Some prefer giving it once a week, but that isn’t advisable considering the possible health risks and that they wouldn’t eat that many fish in the wild either. 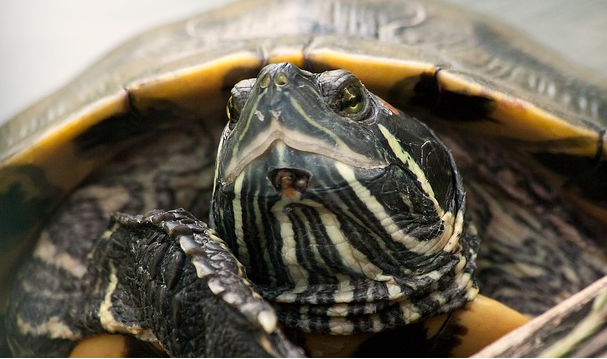 While feeder fish is mentioned as part of your turtle’s diet, they should only be an occasional treat. They have certain health risks that should be avoided, and it’s always better to be safe than sorry.