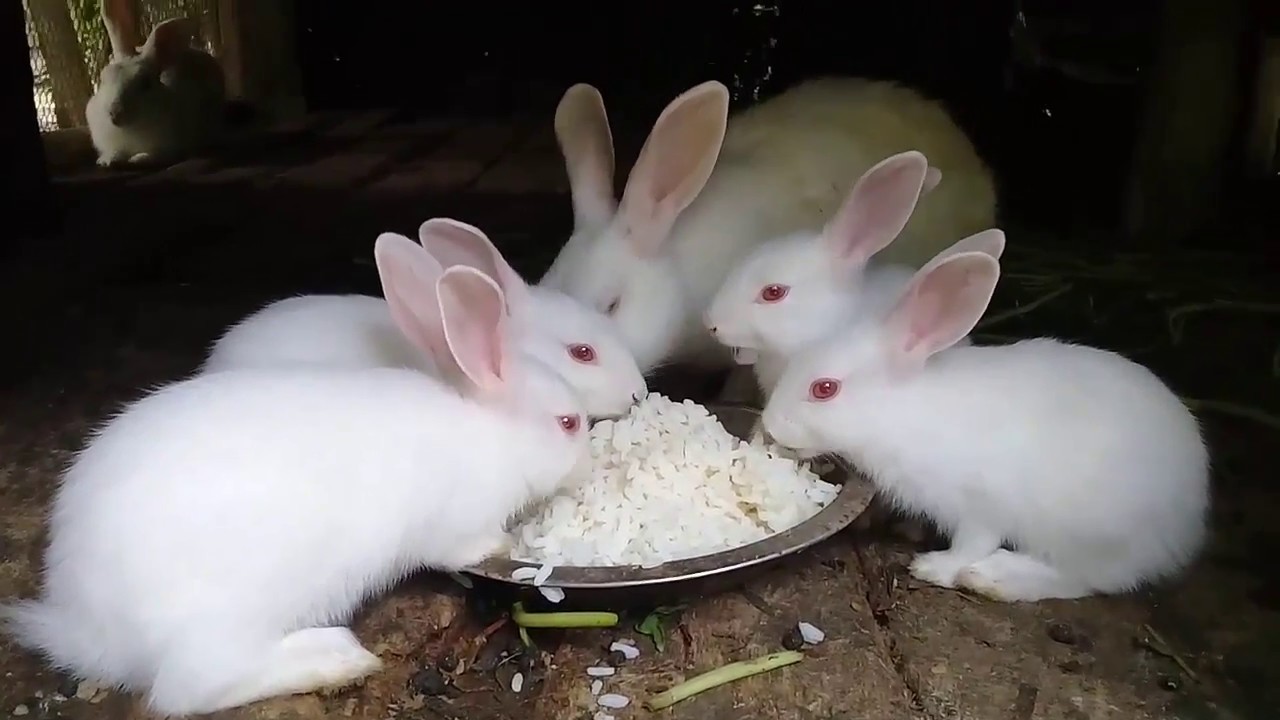 The relationship of a rabbit with its food is like the relationship between Scrooge McDuck with its money. Rabbits are greedy with their food. They always want something to chew, and they are always looking for something more caloric to eat. Even though the most recommended food for rabbits is hay as this not only lets them do their chewing routine, which is surprisingly very important to their wellbeing but also keeps them full. However, this does not fulfill them as it should, so rabbits are given small quantities of other foods to balance their caloric intake.

You have to watch what to feed your rabbit as they are surprisingly susceptible to their food. You might end up with a rabbit that is obese and does not do much with one wrong nutrient and more caloric intake than usual. Rabbits can also suffer from other diseases like gastrointestinal stasis, a disease that completely stops a rabbit’s digestion process, which occurs due to the wrong food intake.

Now you are here to ask if your rabbit can have some of that rice you just cooked as it will be going to waste otherwise. The answer to that question is a resounding no; you should never let your rabbit have rice.

why should your rabbit not have any rice?can rabbits eat rice? 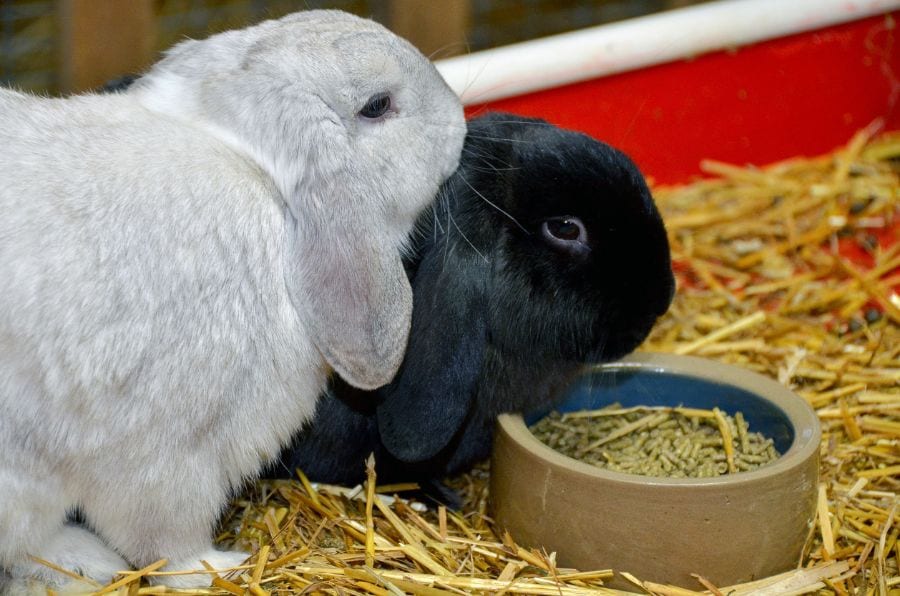 Rabbits feel all the nutrients or the lack of them in their bodies very soon after being fed. You should not ever feed rice to your rabbit in any form because they lack the necessary fiber that is important, which is usually found in hay, which is the flagship rabbit food. It also has excessively high starch in there, which has zero nutritional value when in the context of a rabbit and can also cause deadly diseases like gastrointestinal stasis or other variants of gastrointestinal diseases.

Rice is also very high in calories and has greater quantities of carbohydrates. A rabbit’s body is susceptible to its nutrients, and this sudden spike in nutrition that does not do it; any favors can cause the organs even to fail as they were not designed for it.

Another rice client that you might think will have the necessary fibers, like brown rice, is also too much for your rabbit to handle. Their little organs will have great difficulty to break it down and convert it to the necessary sugars it needs to survive and go through the digestive system.

You might also question if you could give your rabbit the rice uncooked as it might have some caloric or nutritional value to it. Well, rice is that it can absorb a considerable amount of water, and when it is cooked, it expands not only in weight but also in volume up to three times. This is the reason why a pound of rice is enough even to feed a family of five. Now think of what will happen if you give your rabbit uncooked rice grains to feed them. As the rice goes in, it comes in contact with the water that is inside the stomach. The rice expands three times its size. You can imagine how dangerous this can get.

what diseases can my rabbit get from eating rice: 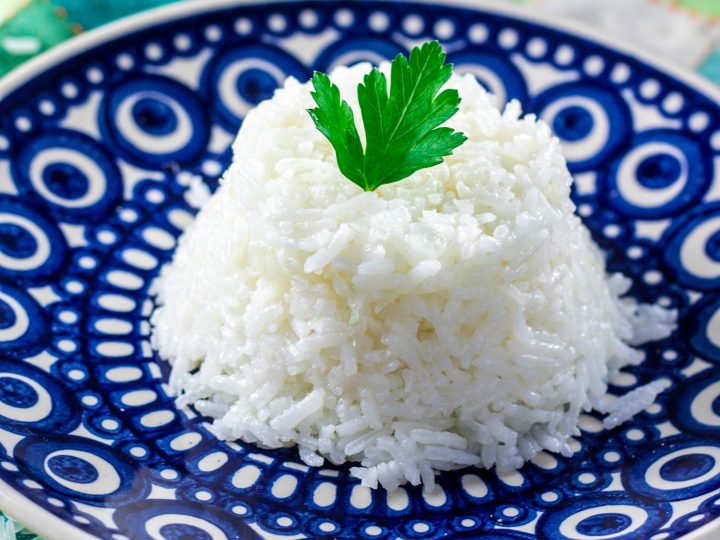 There are a variety of diseases your rabbit can get from eating rice. However, the most prevalent of them are gastrointestinal diseases, which occur due to the rabbit not handling the rice and its digestive system overloading.

Here are two of those diseases:

The first disease that can happen to your rabbit is diarrhea. This disease might not be that serious, but if the bouts are persistent, you will have to take your rabbit to your vet as these bouts might get dangerous due to the dehydration that happens. 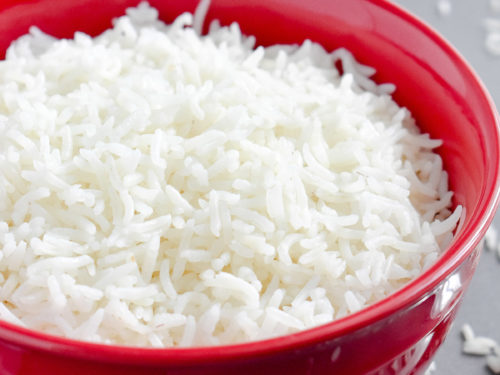 Stasis means to put a stop to something. Gastrointestinal stasis refers to the disease in rabbits where the digestive system officially gives up on them and no longer can pass down or digest any food. This disease is usually the worst it can get and has a very high mortality rate.

Rice is one of the culprits that can make a rabbit go through this disease due to the lack of fiber, which is very important to rabbits. The high starch and carbohydrates also do not do them any favors as these are very hard for a rabbit to pass down. They also overload the rabbit’s digestive system as rice is not the type of food their little organs were designed for.

Rice is a trendy grain that is consumed by people from every part of the globe. However, rice might be a nutritional food for you or me; it does not mean your rabbit can eat it too. Do remember that you are significantly different from your rabbit. A human digestive system and a rabbit digestive system have different capacities and needs, and you should keep yourself updated on those needs if you ever plan on raising a rabbit. You can say it will be downright cruel of someone to not think of their pet’s caloric and nutritional requirements if they ever want to raise one. Rice, in any form, is not good food for your rabbit to eat. Uncooked rice might even fully overload your rabbit’s digestive system. Giving rice to your rabbit might even cause deadly gastrointestinal diseases, especially gastrointestinal stasis, where the digestive system finally gives up and no longer can pass any food.