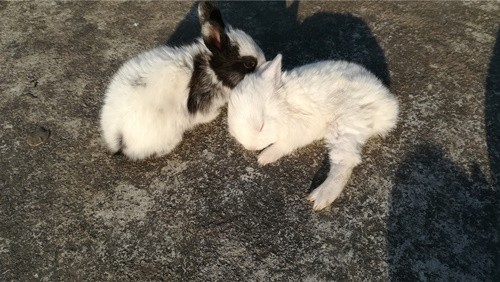 Rabbits are very docile creatures. They fall into the category of prey in the animal kingdom. They try all their life while living in the wild to evade all their predators as they rank very low in their hierarchy and are thought to be easy prey. They are also scared very easily, and sometimes it is not the predator but the fear of the predator that can take their lives. There are also known instances where rabbits died of loud noises like fireworks or loud music. These loud noises can trigger a high level of stress, which can cause them to go into cardiac arrest.

There have also been recorded instances of rabbits getting attacked by their predators and managing to escape with minimal injuries. However, the experience of getting attacked has frightened them so much that they have died from a heart attack in the next few hours.

These spooks are known to cause death in rabbits; however, you might have some time to catch it and mitigate it and eventually calm your rabbit. To do this, you will have to observe your rabbit’s behavior if you are aware that there were excessive loud noises that happened earlier. Your rabbit will give you and show you enough signs to catch that they are scared or stressed and need urgent stress relief.

HOW TO KNOW WHEN IF YOUR RABBIT IS FRIGHTENED:

When your rabbit is frightened, they will give you enough indications that they are scared. You can catch them acting peculiarly if you are aware that something loud just happened. These little creatures are susceptible to loud noises and will exhibit a behavior pattern that you will have to observe to decide if they need stress relief.

WHY ARE RABBITS AFRAID OF EVERYTHING:

As I mentioned earlier that rabbits being on the lower hierarchy of the food chain in the animal kingdom had made them so that they are scared of everything and anything. They are programmed to see the danger in everything, and they spend most of their lives even scared of the smallest of things that may have some potential to harm them.

Now, rabbits have a great sense of smell. As long as nothing smells different, they are pretty much happy to live their lives; however, if they sense a foreign smell, then they will immediately panic and feel that their lives are in jeopardy.

They are also very much fearful of anything they have not experienced before or anyone they have not met before. They will even be scared of their owner and the other rabbits around them. This is why it is important to do a bonding session with two rabbits if you want them to live together. 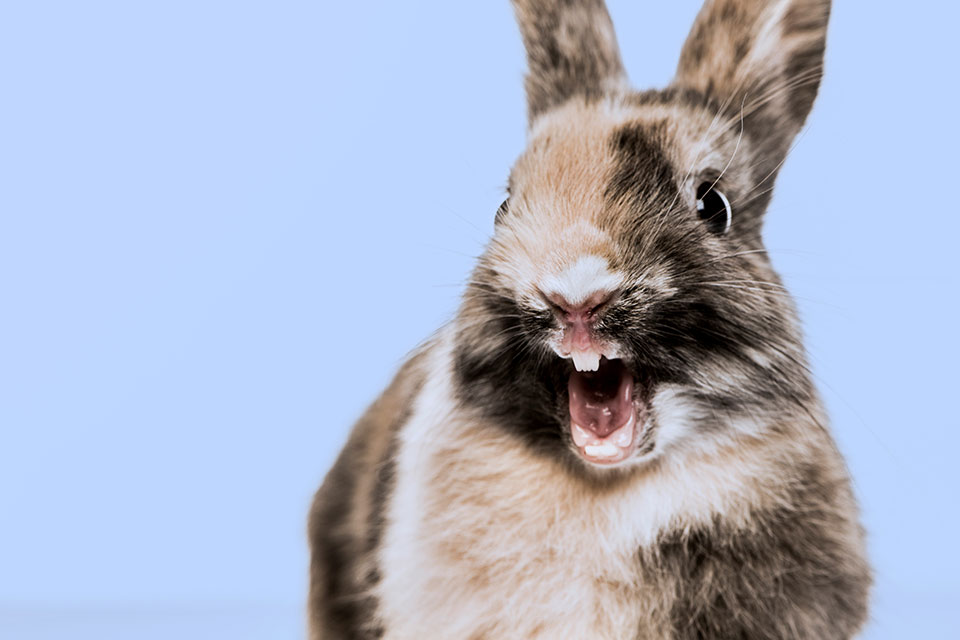 However, there have been instances where successful bonding sessions have led to rabbits being comfortable and becoming friends with their predators. One of the most often seen examples of this might be a rabbit becoming friends with one or more than one friend. This is remarkable as cats naturally attack rabbits wherever they see them and often kill them to enjoy the hunt. Rabbits are also very much frightened of cats. A rabbit surviving a cat attack even with minor injuries is known to perish due to the trauma caused by the attack, which results in cardiac arrest if not calmed down properly.

It would help if you thought of rabbits mostly as timid animals. Once they start to socialize with another animal or a predator like a cat and become familiar with their scent, it will only be a matter of time when the rabbit will start showing its dominance over it.

HOW TO CALM A FRIGHTENED RABBIT:

There are many ways you can calm a frightened rabbit. If you observe that your rabbit is feeling scared for some reason, then here are how you can calm it down.

The first thing you should tend to do is to bring them somewhere they are safe. If there are loud noises that are getting to your rabbit, then bring them to a quiet environment. If a predator is lurking around like your house cat, then lock the cat up in its cage. It would help if you also covered them up with something warm. It would help if you also petted them gently to calm them down.

Next, you will need to give your rabbit some distraction that will divert its mind from it. This can be anything from a treat to puzzles or toys. Just make them indulge in it so that they can stop being so stressed and frightened.

You will have to observe your rabbit if it has calmed down. It might take a few hours. Until then, keep indulging them and petting them. They will calm down. 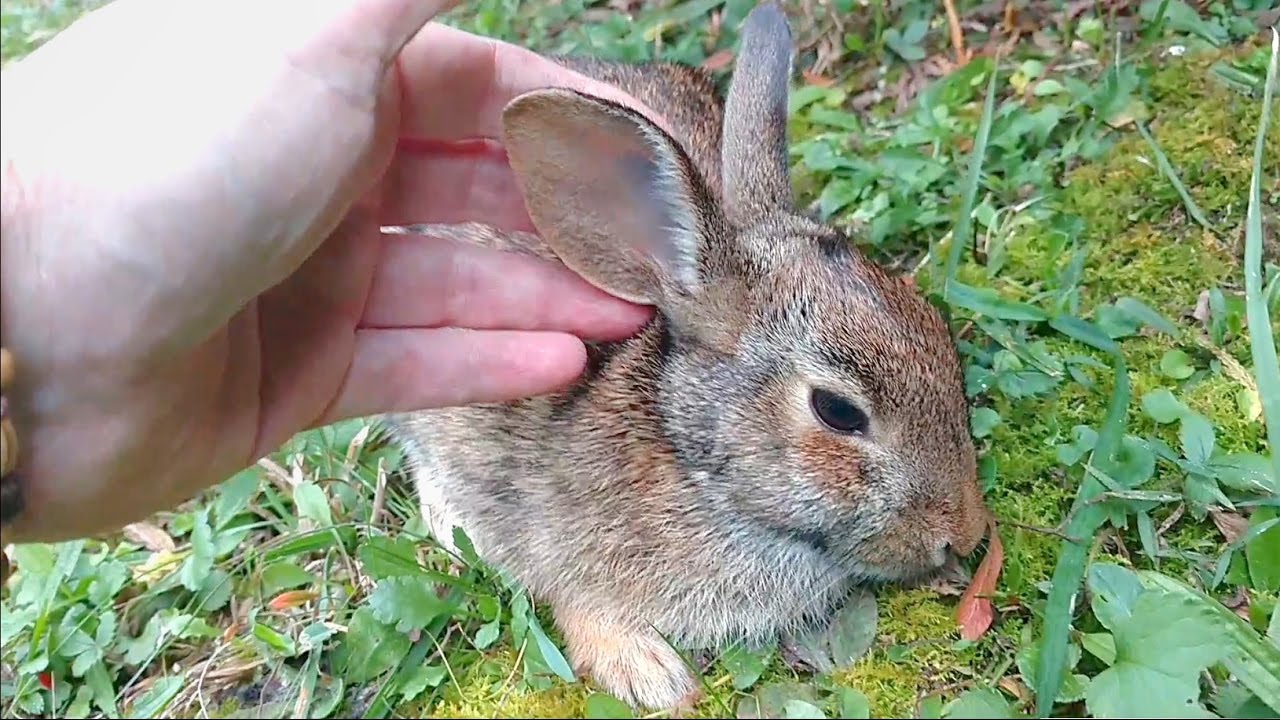 Rabbits are cute little creatures who get scared way too easily. You will have to keep them from harm’s way and keep entertaining them not to get stressed or frightened. If they do, there are many ways they can be calmed down. However, a stressed rabbit is a danger to itself as it might go into cardiac arrest, and the rabbits around it might fight each other.