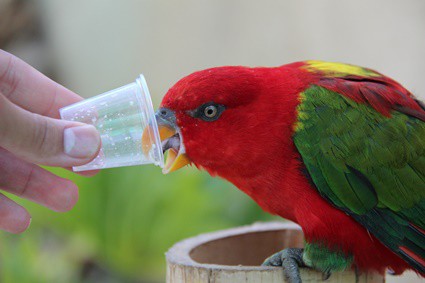 The first thought that probably crossed your mind after reading the title was, why is this even a matter of concern? Honey is one of the most nutritious foods. If that is the case, we are afraid we have bad news heading your way. However, you need not feel sad for your charming little fellow. This article will provide you with all the details that you may need in order to get rid of any concerns or worries that you may have.

We will try our best to address any query that comes along with the details, so sit back and let us take you on an informative journey!

What Nutrients does honey contain?

Honey is known to be liquid gold. Yet, we believe even that doesn’t do justice to it, considering the number of nutritional benefits that it holds. Can we blame Pooh for being smitten with honey?

If you look up the minerals or nutrition facts of honey, you are bound to get lost amidst a sea of minerals with perplexing names. Owing to this, we have jotted down the names and qualities of its fundamental and principal nutrients.

Looking at the composition of what can be considered God’s gift to humanity, we find that it contains high glucose and fructose levels. One of the many things that honey is praised for is the fact that it’s a natural antioxidant. Additionally, it is also free of cholesterol. It has paltry amounts of minerals and vitamins (around 2%). Lastly, it is formulated with water. Despite this, it is believed that the lower the water content, the better would be the quality of this mouthwatering mixture.

Do Parrots Have awareness concerning their diet?

It is a common misconception amongst the countless number of people that birds tend to have an inherent sense of food. They are expected to know what foods to avoid and what foods to savor. Nonetheless, that’s NOT entirely true. We know, the bewilderment is highly understandable. We were also in a state of slight disbelief after discovering this piece of information. However, knowing the reason behind this will diminish the surprise that you just encountered.

A parrot learns all such habits and develops instincts against any given sort of risk from their flock mates. At the same time, most of the birds kept as pets do not have the privilege of experiencing wildlife (If you have had the opportunity to watch the animated film ‘Rio,’ you will be able to understand this concept better). They are more often than not captured as chicks, only to be fed processed food later. This food is in innumerable ways disparate from the food they would have fully-fledged on in their native lands. In conclusion, a captured bird’s acquired lore (if any) can almost be considered negligible. 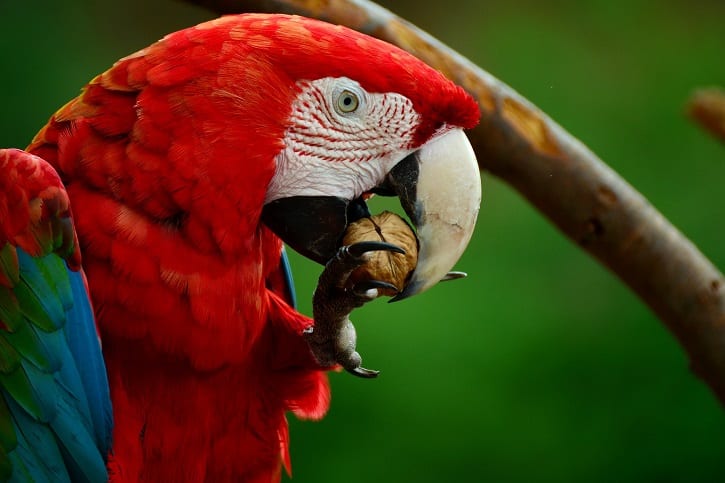 Such a question is bound to arise in your mind. If honey contains a bountiful proportion of enriching minerals, how could it be unhealthy for a parrot? Without dodging this spiraling issue any further, we will dive into the justifications of the claims made beforehand.

The honey that is largely used in our households is raw. It is used because of the favorable supplements it has entrapped into itself. Unfortunately, this is the sort of honey that can prove to be detrimental for birds, and in extreme cases, even prove to be fatal.

Raw honey contains spores of botulism. It is essential to be aware that botulism spores are not harmful in their resting stage. Yet, at the same time, they tend to grow bacteria cells, which can end up producing toxins. These toxins can easily be labeled as the culprits of this story. It has been apparent through some tragedy-stricken examples that the birds, after tasting honey, went into a state of paralysis due to the toxins.

Understanding the love and devotion, you would have for your parrot, we advise that you place your honey jar somewhere where little Rio can’t reach it.

Can parrots be fed honey cereals? 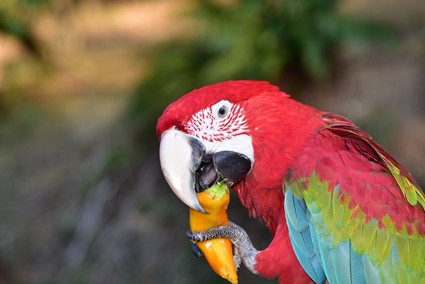 Surely no other living creature loves getting their crunch on more than birds. However, before you toss over a bowl of cereal to your pet at breakfast, you should be cautious about whether it is healthy and nourishing for their health. It is the parent’s job, after all.

Your bird’s body mass is measured in grams. At the same time, the unrestrained amount of sugar might be excessive for a titchy little fellow to handle. If you are a fan of watching your parrot crunch on cereal or want to satisfy its desire, you may go along with plain cereal. Having said that, the cereal must not be the main course of their diet to keep them high spirited and full of energy.

In concluding what we have earlier been discussing, it is not in the best interest of your parrot to devour into raw honey. Regardless, pasteurized honey can be used in extremely rare cases.

Yet, the honey that is customarily sold does not usually state whether it is pasteurized or not. Overall it may be said; there’s not much of a grey area when it comes to birds and honey. You can always provide your bird with other scrumptious foods in the menu that will be both; a treat to their taste buds and a source of vitality.

We do not want to bid farewell to you; however, we are bound by time and space. Despite this, we tried our best to go beyond answering your question. The best way a pet owner can show affection to their pet is by taking care of their diet. We, just as your parrot, have blind trust in your capability to do so. We only hope that after reading this article, you are better educated about how to do so.