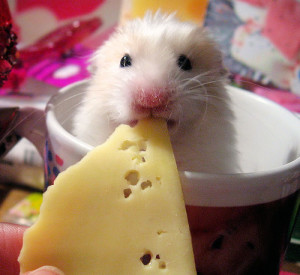 Being a pet owner isn’t easy. It’s almost similar to raising a child. You have to know what is good for them and what is bad, especially in terms of food. This is even more important if you’re a parent to a pet hamster.

Hamsters are incredibly adorable little things but one major downside is that they have a short life span and to make things even more complicated is the fact they are more susceptible to diseases which is why their owners have to be super careful when feeding these furry little animals.

However, that’s easier said than done. Contrary to popular belief, just because something is healthy for me as a human doesn’t mean that it’s acceptable to feed my hamster that food.

Often we’ve seen on TV that hamsters are being fed cheese and that raises the question, is it okay to feed them cheese? We’re here to find out if TV got it right.

What do hamsters eat?

Hamsters are omnivores which means that their diet should contain a good balance of meat and leaves. Hamsters that live in the wild usually eat dry food and their diets usually consist of seeds, grain, grass, and insects. As far as domesticated hamsters are concerned, we must feed them a diet similar to this.

Now, where does cheese fit into this diet? Before we answer that question, we feel the need to put out a disclaimer.

As pet owners, we’re susceptible to overfeeding our pets. We do so when we see them enjoying a particular food and we feel happy that they’re happy. We also tend to overfeed our hamsters in hopes to plump them up. However, both these scenarios have possibly disastrous effects. Hamsters like to store extra food in the pouches of their cheeks. While this may look like the cutest sight, it also means your hamster can end up with dental issues, so you may want to avoid it. Similarly, fat hamsters might seem cute, but that means they can also contract heart and liver issues because of obesity which will essentially cut their already short life span even shorter.

All of this can simply be avoided by practicing the art of moderation. Small amounts of food will keep your hamster happy and healthy. So make sure this is something you exercise!

Now back to the question: 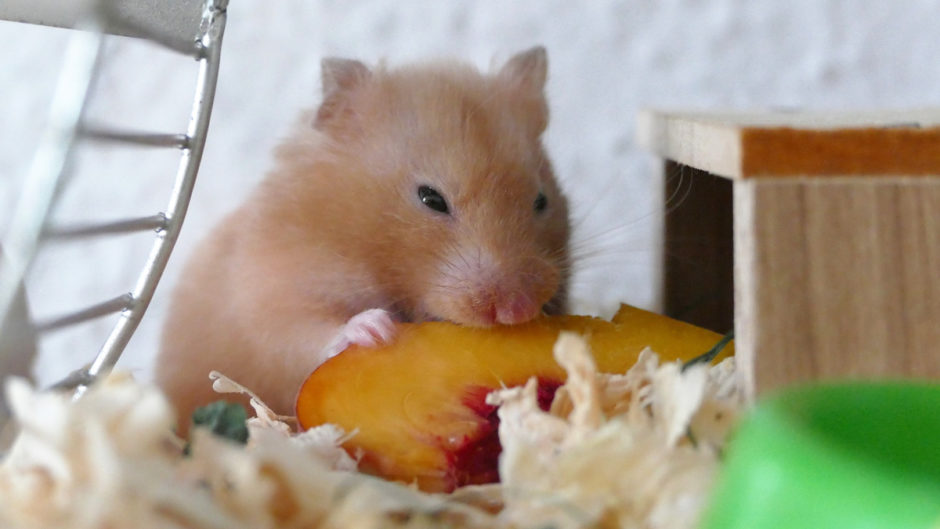 The answer is yes, they can. In fact, dairy, in general, is safe to be fed to your pet hamster. Having said that, certain dairy products may cause digestive issues but cheese is not one of them.

Now the follow-up question probably is what kind of cheese is safe for hamsters? You can feed your hamster regular cheese or cottage cheese and even feta cheese without any consequences.  The reason why cheese is safer than let’s say milk is because of the lactose content present in the product.

Cheese has much less lactose content and thus it’s easier on your hamster’s gut and they can digest it much more easily.

Hamsters love cheese. The strong smell that comes from cheese attracts them the most and they’ll munch on happily. However, again the art of moderation is important. This brought us to question number three:

How much cheese should I feed my hamster? 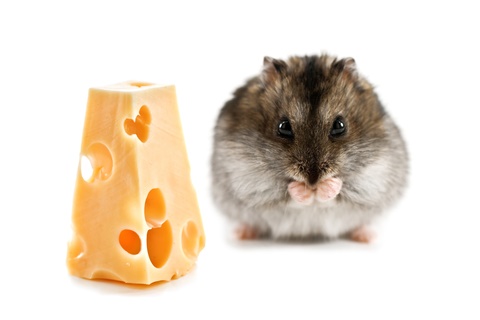 The answer to this question depends on what kind of cheese you’re feeding your furry little friend. If you’re feeding them mild or regular cheese, the portion recommended is just a few shreds to be given once or at most twice a month.

If you’re feeding them cottage cheese, then you can offer them a teaspoon of cheese once a week.

The amount of cheese also depends on the type of hamster you have. For example, very little amounts cheese should be given to Russian Dwarf Hamsters.

It is not recommended to feed your hamster cheese every day because cheese is high in calories and too many empty calories can lead to obesity. You might be wondering, how bad can just a little bit of cheese every day be? A little bit as per our standards might turn out to be a little too much for our furry friends.  Keep in mind that the portions you feed your hamsters are tiny and if you add the unnecessary calories, it can turn out to be a lot in the long run.

What kind of cheeses should be avoided? 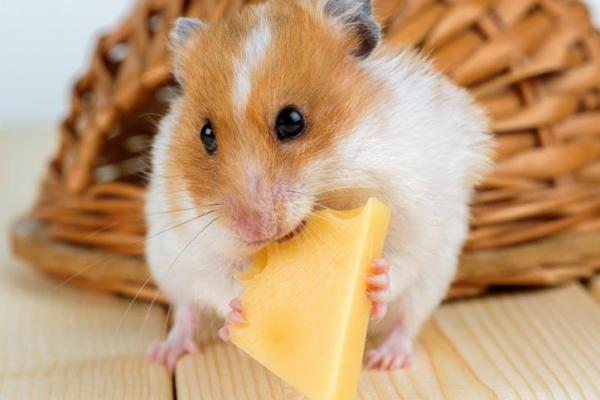 Soft cheese such as washed rind cheese or brie has bacteria culture and mold which can be unsafe for hamsters and should be avoided as well.

What variants of cheese can my hamster eat?

Now that we’ve understood that cheese is a safe snack to feed our pet hamsters, we should also understand that not all variants of cheese should be fed to our hammies. So if you’re thinking of offering them cheese puffs, you probably shouldn’t. In fact, all sorts of junk food should be avoided completely. They contain a high amount of elements such as sodium which is not a part of their natural diet. As a rule, try to eliminate all forms of processed food from your pet’s diet.

So in conclusion, you can feed your hamster cheese. However, it is recommended to only do so as a snack for them and not as a regular part of their diet. A final tip that applies to any new food you introduce to your furry friend is to start small. Introduce the food in a tiny quantity and then monitor your hamster’s response to the food. Just because it is safe doesn’t mean your hamster will accept it. If there is no adverse effect, happy feeding!