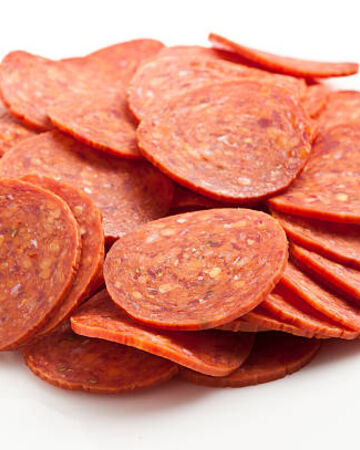 No one can say no to a pepperoni slice of pizza, right? Even dogs start to drool over the sight of the pizza. Well, you can’t blame them. Naturally, dogs are omnivores, thus, they devour meat and eat the veggies, as well. So, can dogs eat pepperoni? Yes, they can eat almost anything you put on their table, however, should you feed your dog pepperoni? Maybe you shouldn’t. If you read the whole thing, then you’ll know why I’m suggesting that.

This isn’t a mere conjecture; there are a lot of common foods that you might deem harmless, but some of them can be equivalent to poisons for your little pal. Since dogs are canines, you might think that they need lots and lots of meat. However, feeding them only meat can have dire consequences for the metabolism. Therefore, you should consider a healthy and balanced diet for your pooch.

Now, let’s answer the question of whether dogs can eat pepperoni or not, with complete and thorough details. After all, you wouldn’t want anything terrible to happen to your furry friend, no one wants that! So, it is critical to know what you are feeding to your four-legged buddy. It’s better to be safe than sorry!

What is a pepperoni

While Italians have salami, Americans have salami as their version of beef and pork sausage. It is much like salami in both preparation and taste. Pepperoni appears as smoky red with a soft texture. Moreover, the smell and taste are so bedazzling that you cannot say no, that is the case if you appreciate hot and spicy flavors.

The taste gets better when you cook it. On heating, the pepperoni becomes crispy and adds to the smoky flavor. Also, pepperoni is seasoned with paprika and a variety of other spices, along with preservatives and additives. Thus, fine slices of pepperoni make a splendid addition to the already beloved pizza!

Pepperoni can be of turkey and chicken meat, as well.

What is in a pepperoni 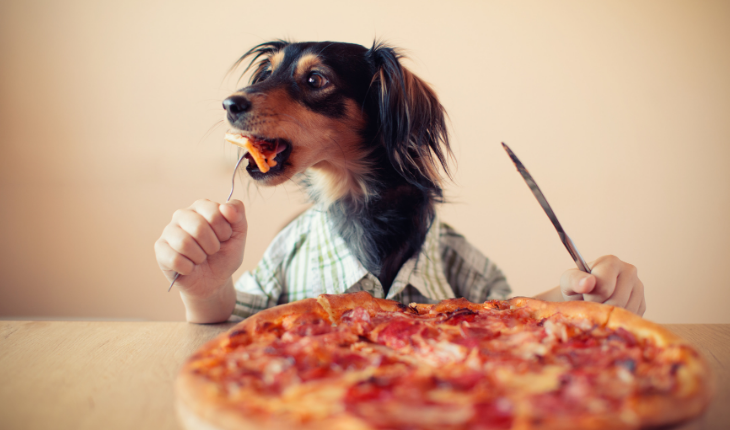 Although it is delicious, pepperoni is gravely fat meat. It contains a large number of fats and calories. Even in the fat department, pepperoni consists of the “bad fats” that are saturated fatty acids. So, it can lead to your doggy becoming obese, which can ultimately result in serious cardiovascular problems.

Well, it is not all that bad in the nutrition list of pepperonis. There are 23 grams of proteins in 100 grams serving size of pepperoni. However, along with the proteins, you get the bad stuff, too. You can get proteins from other sources, like vegetables and well-cooked healthy meats, so, there is not much to worry about it. It is best to keep things healthy and balanced.

If the fat content wasn’t bad enough, pepperoni contains a significant quantity of sodium. Even a single slice of salami can contain as much as 200 mg of sodium. Are you wondering why too much sodium is bad for your dog? Yes, dogs do need sodium, however, they need it in a minimal amount. Otherwise, your doggo can end up with kidney problems

In the ingredient list of pepperoni, you will find a variety of seasonings and spices. The ingredients include paprika, garlic powder, black pepper, fennel seeds, and mustard seeds. Although the spices might add to your appetite, pepperoni can cause tummy problems for your little pet.

Can your dog eat pepperoni? 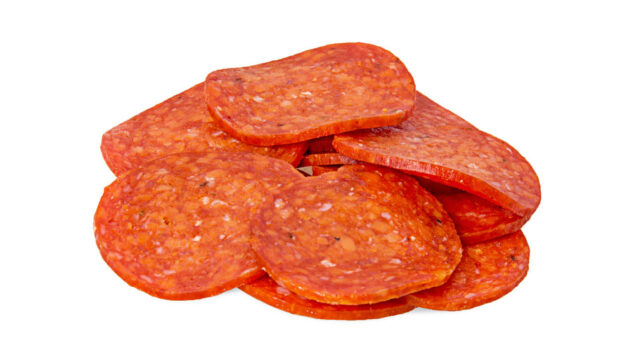 After reading what’s in a pepperoni, you can answer the question yourself. No, your pooch cannot eat pepperoni, although, they might salivate at the sight of it. Your pet dog might even start to vomit or suffer from diarrhea after having a slice. Generally, pepperoni is not toxic, but the adverse effects start to show in dogs sooner than later. Although your doggy can eat a couple of slices, it does not mean you should give them the spicy sausages.

Pepperoni is unhealthy for your dog. It contains high amounts of fats, sodium, and calories, the bad ones. Even a couple of slices can cause kidney, stomach, or heart problems. If your pet is a pup, then it’s a big no for pepperoni. Small dogs have smaller tummies than big ones. They cannot deal with the pepperoni and develop pancreatitis.

You must be wondering if other sausages, like the salami, are also bad. Well, yes, salamis are not different than pepperoni in terms of their nutrients. Salami also contains a large number of fats and sodium which are injurious to the dog’s body. Therefore, you should avoid them in your doggy’s diet, as well.

Risks of feeding pepperoni to your dog

If your dog has eaten some slices of pepperoni while you were away or you have been feeding it to them, then you might want to observe your dog. Here are some risks of the dog nibbling a couple of pepperoni slices.

What to do if your dog has eaten pepperoni 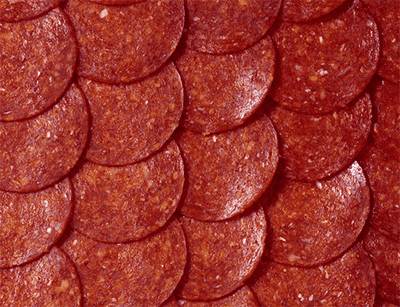 After knowing all about pepperoni in a dog’s diet, you must be worried sick if you find out that your dog has had some while you weren’t looking. However, you must calm down, everything is going to be all right.

First, think of it in a good light. Your dog got all the required fats and sodium, perhaps, more than the needed quantity. Initially, your pal might start to show some symptoms; the dog might feel more thirsty than usual, urinate more often, or start vomiting. However, if you provide enough clean water to drink, then your doggo will recover in no time.

Nonetheless, you ought to be more cautious in the future regarding what your dog eats. In this case, training can come in handy. A well-trained dog knows what to eat and what to avoid. However, if you don’t have the time to train your dog, then it is best to keep the bad foods away.

Note: If the condition of your dog worsens, then waste no time in getting them to a veterinary doctor. They know the best way to treat your dog.

Better alternatives to pepperoni for your dog

You know that pepperoni is bad for your dog. However, you want to give your doggy healthy and delicious proteins. After all, the good boy deserves some meaty treats. Here are some other safe options for you to feed your dog.

A well-balanced diet will keep your dog healthy. Therefore, it is commendable to mix up the diet with meat, rice, and vegetables. Commercial dog foods, labeled and approved, are also a good option for your dog. However, make sure that your dog is receiving the right amount of nutrients. If you don’t feel like doing it, then you can consult a veterinary nutritionist to formulate the best diet.

Other foods to avoid for your dog

Pepperoni is not the only food your dog must not eat. There are several foods that you should avoid giving to your dog.

Note: Make sure that you keep these foods away from the dog. If your dog eats any of the foods mentioned above, then contact your vet as soon as possible. Also, remember to mention the amount of food taken by the dog, the information will be helpful for the doctor. 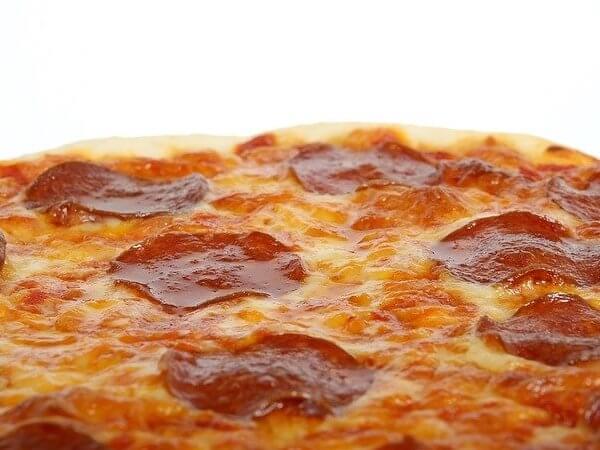 Although pepperoni is not an ideal dish for dogs, humans around the globe love it. Here are some fun facts to remind you how much peeps love the sausage.

It might be hard for you to accept that dogs cannot eat pepperoni. You might be thinking that you are treating the little fella, but you are making things worse for the pooch. Their bodies cannot take the toll of spicy and greasy pepperoni meals (including salami and other sausages, as well). So, the dogs should eat healthily, and trust me, they will savor it just as much.

In an ideal world, you would want to feed your dog whatever you eat, however, in reality, you must be cautious about what you are serving them. Although pepperoni is great, and you cannot imagine pizza without it, the food can be poison for your dog. Therefore, you must pay heed to their diet and well-being. After all, you want your dog to stick around for long, don’t you?