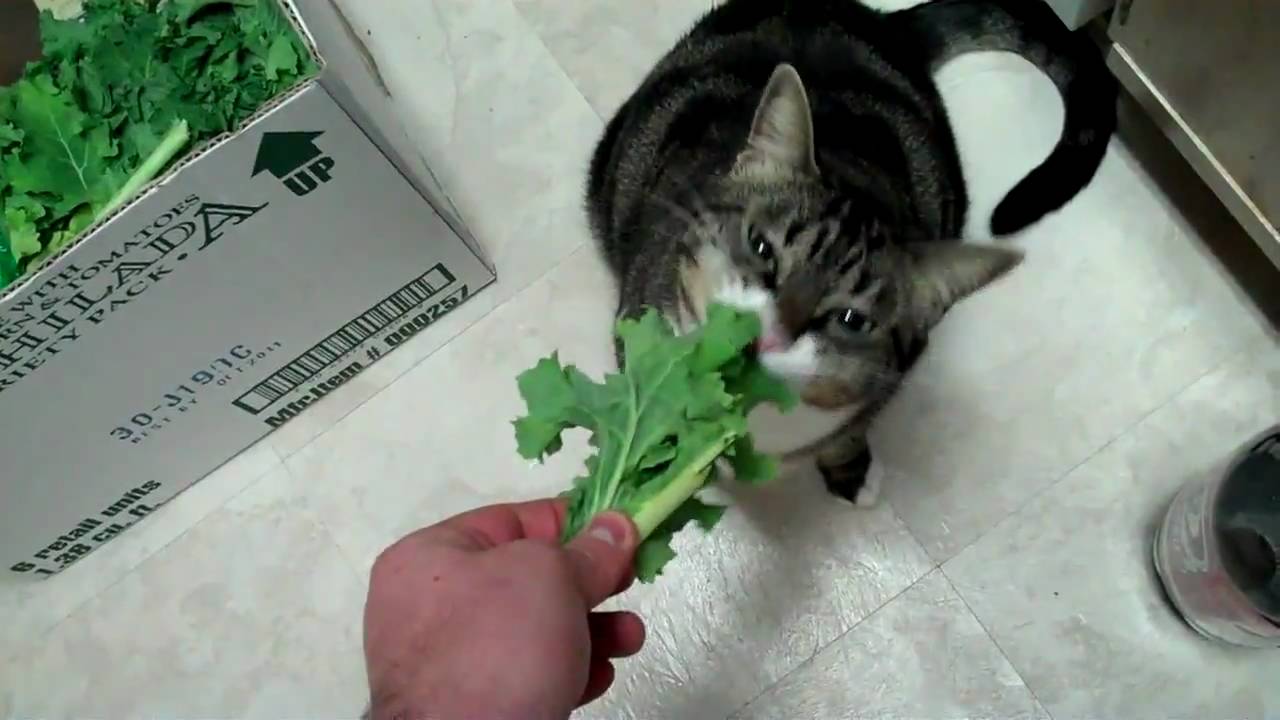 Part of being a pet owner is constantly worried about their health. Our pets seemed determined to eat everything that they shouldn’t be eating and henceforth leaving us in a state of panic about all the possible side effects of what they’ve eaten. We worry the most about whether that particular food is toxic for them or not.

It is always a good thing to be concerned about. In and around our house, there are a lot of things we might think are healthy but aren’t. To be fair, what we think is healthy probably is. But they are healthy only for us and not our furry counterparts.

Cats are mysterious creatures that have no rhyme or reason for doing half the things that they do. Most cat owners would assume that their felines would want nothing to do with the veggies they bring home but more often than not we find our cats showing interest in them.

Kale is a popular vegetable these days. Considered to be a superfood especially in terms of weight control since it is high in nutrition and low in calories. So to be prudent, you probably want to know what would happen to your cat if they sunk their claws into this vegetable. Should you be concerned if they do? 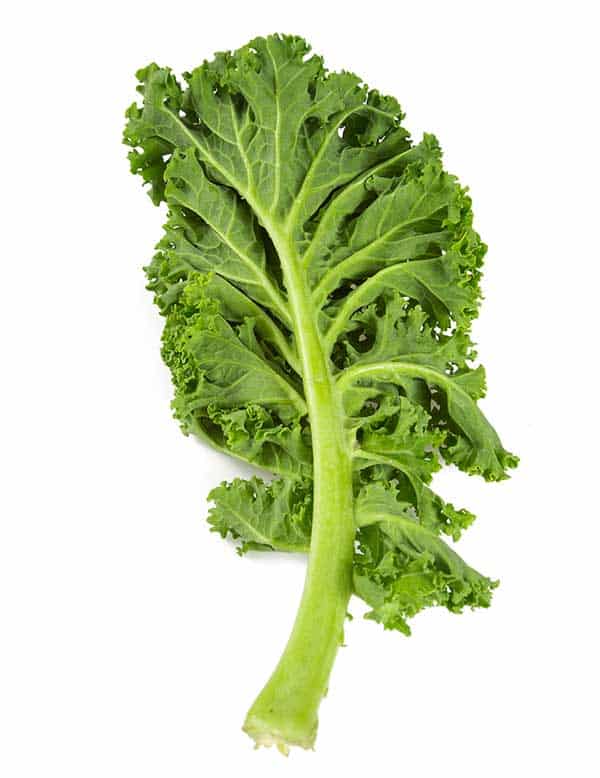 Cats and vegetables sound like an odd equation. This is mainly because cats are obligate carnivores which means their nutrition comes solely from animal protein. This is why cats and kale are an odd and unlikely combination.

Humans, on the other hand, are omnivores which means we can eat both meat and plants. This makes us and our felines fundamentally different species with varying dietary needs.  And this is particularly why cats should not be eating human food.

However, just because your cat doesn’t need to eat greens doesn’t mean it won’t. Cats are often seen chowing down on grass from time to time which has left even veterinary researchers a bit confused as to why they eat it when they don’t need it. Some believe that the leafy greens contain enzymes that make it easier for cats to digest meat and some believe it helps clean your feline’s digestive system and make it easier for them to expel those pesky hairballs.

So basically no matter how hard we try to keep our cats away from our human food, they somehow manage to get their paws on it. While we can’t completely prevent that from happening, what we can do is limit their consumption to 10%. 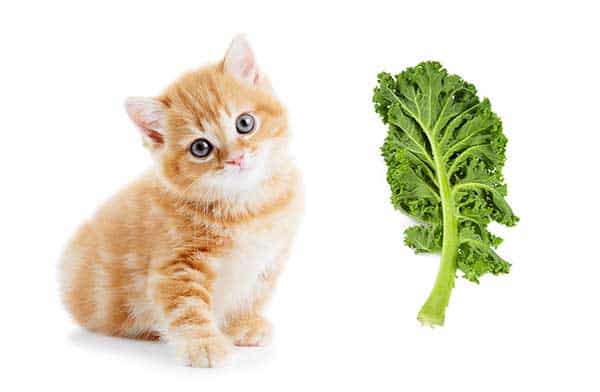 Kale, Brussel sprouts, broccoli, cabbage, and cauliflower all come from the same plant family, and as per the APSCA, these plants are non-toxic which means if your cat eats them you don’t have to go rushing to the vet.  And the APSCA is a pretty reliable source since they take extreme caution when making lists of toxic and non-toxic animal foods.

In fact, as it turns out if you give your cat small amounts of kale; it can prove to be advantageous to their health. Kale is rich in fiber which in turn is great in helping your cat regulate their calorie count and also does wonders in helping their digestive system work smoothly.

But since vegetables aren’t a natural part of a cat’s diet, how do we introduce kale to them without having them turn their noses at the food? Well, one way to get your cat to turn down kale is to offer them a dish of prepared vegetables. It just won’t do for these meat lovers.

The trick is to mix it with the food they enjoy eating. Take a few kale leaves and steam them for a little bit, chop them into small pieces, and add them to their meaty main dish. Make sure not to add any sort of seasoning as that can potentially be dangerous for your cat. The meat they eat has enough seasoning that they require.

However, as a pet owner, you have to understand and master the art of moderation. Our cats rely on us to make the decisions of how much they can eat and stay healthy. Sure giving large quantities of food might make your cat gain weight and look adorably chunky, however, that also exposes them to a risk of numerous health concerns starting from obesity and heart issues. Even if something is considered healthy, too much of it becomes dangerous to your cat’s health. 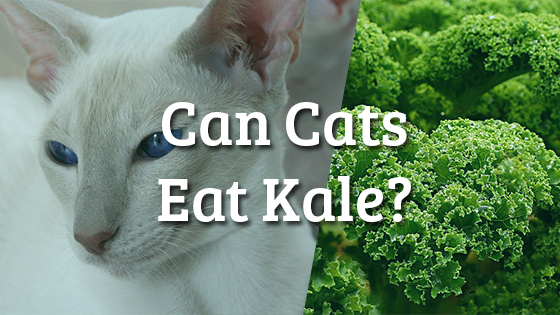 Feeding your cat too much kale might fill them up to a point that they don’t eat their actual food. This is problematic considering kale doesn’t have all the nutrition that a carnivorous animal like your cat needs. So while your cat might enjoy eating kale and it does have nutrients, cats can’t process most of those nutrients.

Another risk that comes with giving too much kale to your cats is something known as Heinz Body Anemia. This basically destroys the red blood cells in your cat’s system which in turn leads to weakness, fever, reddish-brown colored urine, loss of appetite, and the discoloration of gums and skin. Although this condition is mostly linked to vegetables such as onions and garlic which are a complete no-no when it comes to feeding cast, kale is also known to cause anemia in cats. However, this is a curable condition so don’t worry too much.

So there you have it, your complete guide about kale and cats. Now that you’ve understood what food your cat needs and the possible health concerns that come with feeding your cat kale, you can make an informed decision of whether you want to include it in their diet. If you do choose to do so, remember that moderation is key. Kale shouldn’t make up a large proportion of your cat’s meal and if they don’t seem to want to eat it, don’t force them to. Happy feeding!