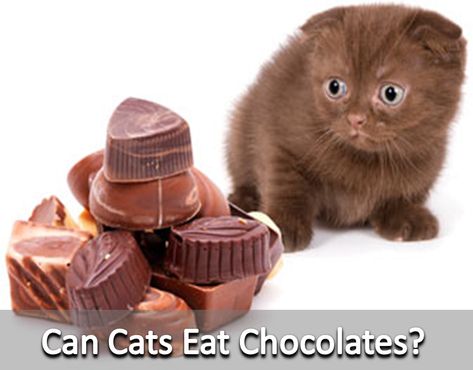 That is a very easy question to answer, which is a resounding NO. In fact, chocolate is poisonous to cats. Theobromine is a chemical in chocolate that helps make it smell and taste good to humans but it very dangerous for cats. This chemical is found in all chocolate, even white chocolate so you should never give any chocolate to your cat.

Will they eat chocolate? 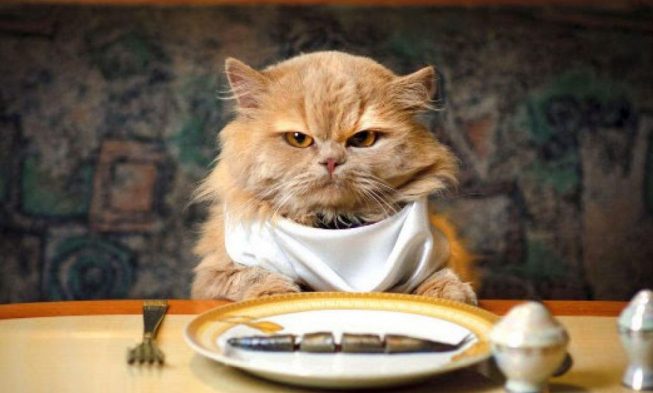 Most cats will not even try to eat chocolate and do not even see it as food. This is especially true of the strong, dark chocolate. Cats cannot taste the sweetness as humans can so they are not as likely to try it on their own. They do not have a sweet tooth.

If they do accidentally eat a small bit it will not kill them but it won’t do them any good. It can cause serious issues. These issues can include:

How much is too much 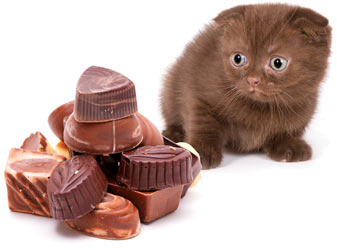 One of the factors to determine how much is too much is the weight of the cat, the amount they eat, and the kind. As little as 20mg of theobromine per pound of your cat can cause health problems and side effects. For example, using a cat that weighs ten pounds that you should call a vet if your cat eats:

These are only rough guidelines as to what would be poisonous to your cat as this is based on a cat that weighs ten pounds. It is best to use your own judgment and if in doubt call your vet.

What is harmful to a cat in chocolate? 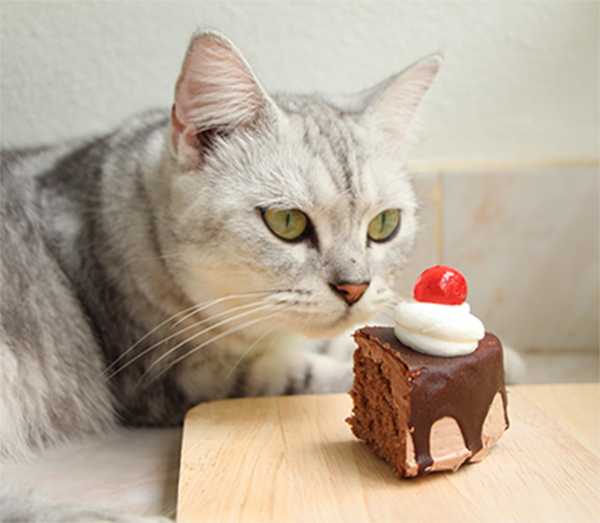 As mentioned, the one thing is theobromine, which cats cannot break down and eliminate as humans can. This is an alkaloid and they have less ability to metabolize it. It is also a diuretic and can cause your cat to lose fluids. The level of theobromine is highest in cooking chocolate and cocoa, then followed by dark chocolate, milk chocolate, and the least in white chocolate.

The other thing in chocolate that is bad for a cat is caffeine, which is a stimulant. The stimulant can affect a cat’s cardiac and nervous system if they eat a lot of it. 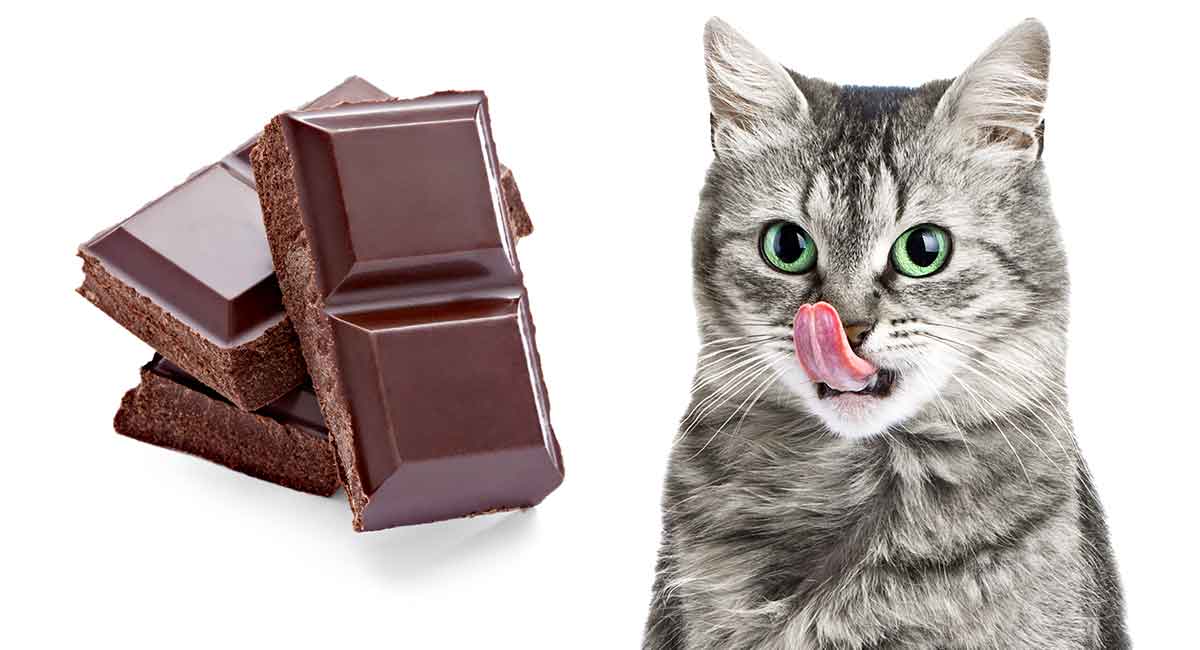 Some of the more common symptoms include:

Some of the severe symptoms include: 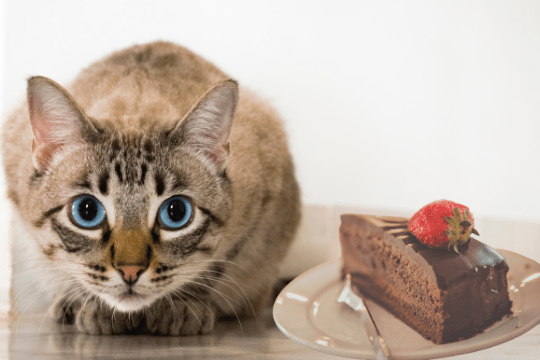 This also includes theobromine poisoning and it is determined by the amount of chocolate the cats have consumed. Other ways to diagnose chocolate poisoning include:

If you think that your cat had eaten chocolate you need to take them to the vet as soon as possible. Depending on how severe the condition is, your vet may just start treatment. They will generally induce vomiting to help prevent the chemicals in the chocolate from being absorbed and digested in your cat’s body. This is done to help prevent the cat from having seizures. Sometimes a vet will administer charcoal to prevent the chemical from getting absorbed in the cat’s body. The vet may also give medications to help control the side effects and symptoms of chocolate poisoning. In some serious cases, the vet may have to be intubated and then put on a ventilator so the vet can monitor the cat’s cardiac activity. There is no antidote for the chemical. Normally inducing vomiting or using charcoal is done if the consumption of chocolate has been within one to two hours.

Remember that under no circumstances should you give your cat chocolate of any type. It is poisonous to them. If you think your cat has ingested chocolate you should get them to the vet immediately. Although the vet may induce vomiting, you should never do it at home. It can be dangerous to do that and it may not even be necessary to make them vomit to get rid of the chemicals. Although cats will generally not at chocolate on their own there are some cats that might be curious and lick it or even nibble on it so it is best to keep all chocolate out of the reach of cats.

If your cat does accidentally eat some white chocolate it is not as much of a concern as the other types of chocolate but they should not eat any chocolate. White chocolate has just a little of theobromine in it. If you do need to take your cat to the vet make sure that you remain calm and try to keep your cat calm as this will help the symptoms from escalating.

Always remind your friends and family to never give your cat a piece of chocolate even if they are curious and want to sniff or lick it. And if any is dropped, pick it up because cats are curious creatures and they may just eat out of curiosity. Chocolate poisoning can be prevented so just take precautions to keep it away from your cat. Just a little bit can be toxic.