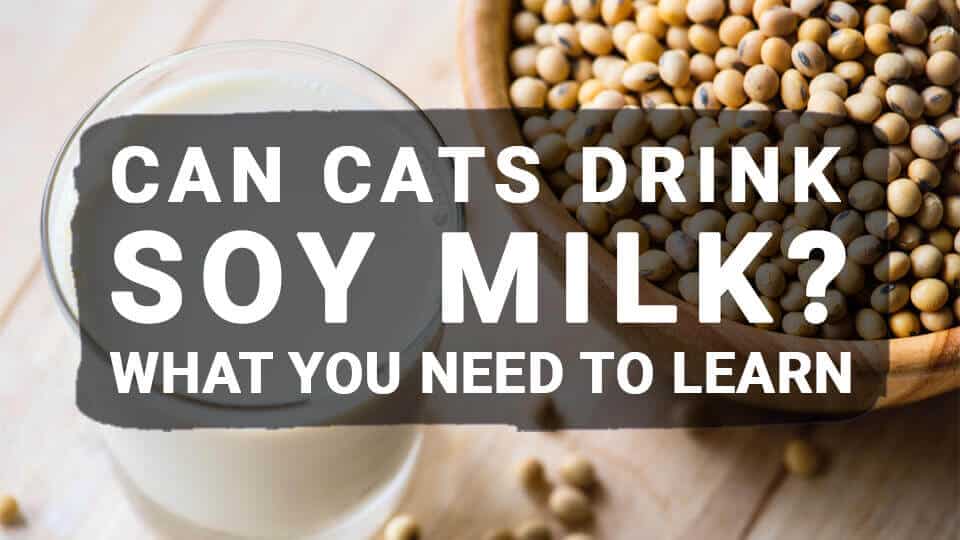 For as long as we can remember cats and milk have been synonymous. Cartoons have shown time and time again cats happily lapping up milk from their milk bowl and thus we’ve always associated the two together. However, you’ll probably be shocked to know, milk is not something you should be giving your cats! Cats are lactose intolerant and cannot digest milk and usually end up with upset tummies if they’re given milk on the regular. However, since milk is such a staple part of our diet and cats seem to love drinking it and are unrelentless when asking for it, you’re probably wondering just how dangerous milk is for your cat? And if they love it so much, is there an alternative we can give them to keep our fur babies satisfied?

On cats being lactose intolerant:

The first thing to understand is what exactly does being lactose intolerant mean? Lactose intolerance is a digestive issue that is caused by the inability to be able to digest lactose, which is the main carb in dairy products.

Now to put it in the perspective of our pets, cats cannot digest lactose in the milk we drink. The enzyme that digests lactose, lactase, its activity declines in the cat’s system after kittens are weaned off from their mother’s milk.

Most people go out and buy cow milk to drink. The problem with cow milk and cats is that cow milk contains high levels of fat and because of the lacking lactase in your cat’s system they can’t break down the fat in the milk and as a result, cannot digest the milk.

As a result, your cat suffers from gastronomical problems. Common symptoms include:

If the symptoms persist, it can lead to dehydration in the long run

An unnecessary hassle for cat owners which will not only lead to a mess in your home but also a traumatic trip to the vet.

On what is soy milk:

Soy milk is plant-based milk and is extracted from soybeans. Since plant-based milk such as soy and almond are naturally lactose-free, you’re probably thinking that it’s safe to give your cats considering that you also find soy is a commonly listed ingredient in commercially available cat food. But is it safe?

On whether soy milk is safe for your cat: 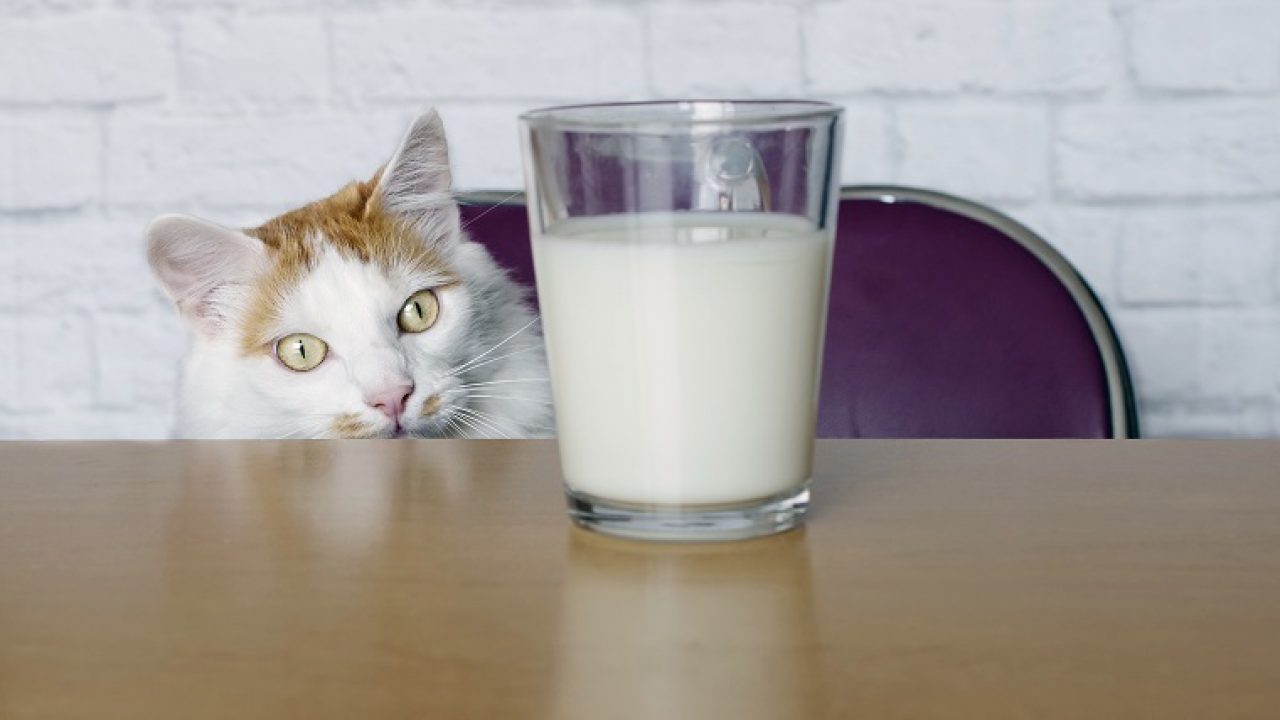 Very simply, the answer is no. Just because soy milk is lactose-free, it doesn’t mean that it’s safe to give to your feline buddies no matter how much they seem to love it. And here is why:

Soya contains elements also known as anti-nutritional factors which might be equally as difficult for cats to digest. Stachyose and raffinose are sugars that are present in soy milk and can be digested by the microbes in the gut, the enzymes in your cat’s system can’t seem to digest these sugars. Their inability to digest these elements causes them to suffer from digestive issues and flatulence when given soy milk.

Other ingredients present in soy milk that are a general no-no for cats to have in their diet include sea salt and carrageenan. Carrageenan has inflammatory properties and is even a suspected carcinogen and thus should be avoided from your cat’s diets at all costs.

If given to your cat in large quantities, it will elevate their blood sugar levels and can result in thyroid problems in your cat and in the long run can cause hyperthyroidism. If soy milk is fed to them consistently and regularly, they will suffer from vomiting, bloating, and abdominal pain. Soy milk can also contain artificial sweeteners which, if fed in high quantities to your cat, can cause adverse effects on their health such as tooth decay and diabetes. Similarly, the high amount of calories present in soy milk can lead to feline obesity which again, in the long run, is harmful to your cat and can significantly reduce their lifespan.

Another reason why it’s not a good idea to give your cat soy milk is that milk is food and milk is also an unnatural part of a cat’s diet considering how cats are carnivores. The main source of a cat’s nutrition which is mainly protein comes from meat. If you replace that with milk, you’re going to end up unbalancing their overall diet.

On soy milk as an occasional treat: 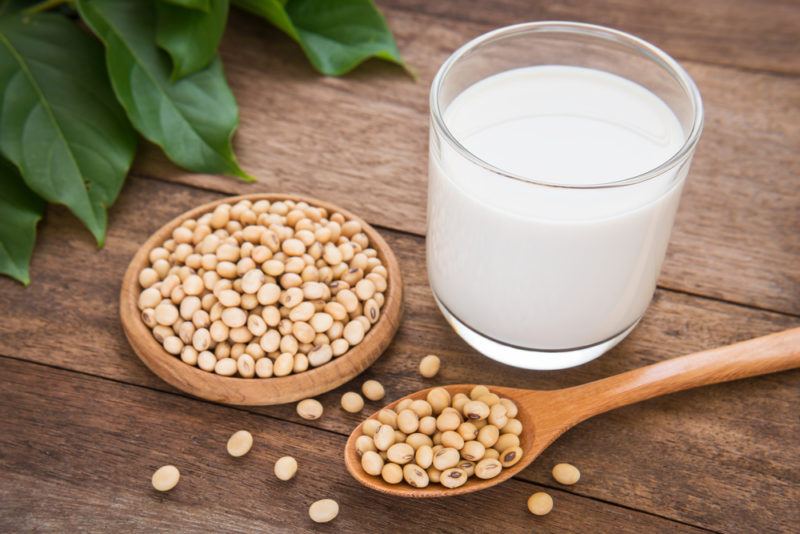 Since we’ve established that including soy milk as a staple part of your cat’s diet is a bad idea, let’s talk about including it as a rare and occasional treat for your cat.

To answer that question, we first need to establish what we mean by “occasional”. Occasional means once in a blue moon, as rarely as once in a month or once in every two months. It doesn’t mean once a week.

Also, make sure you monitor your cat for any negative reactions to anything unusual food you include in their diet. If the food seems to not sit well with them, stop giving it to them immediately. If problems persist, make sure to take your cat to the vet.

What kind of milk, you can give your cat:

Since we’ve established that cow milk and soy milk are not suitable for your cat, the question is that is there any sort of milk that you can give your cat?

The truth is there are only a limited number of options available for your adult cat. That is mainly because the milk is either too sugar-heavy or is too calorie-dense and is too difficult for your cat to digest.

Almond milk is also not a great option for adult cats. If anything, goat milk is probably the most appropriate option to give.

As far as kittens are concerned, mother’s milk is more than enough.  Cats usually wean their babies off after four weeks and move the kittens onto solid food by 8 weeks. If the mother is not giving her babies the milk they need, baby formula is the next best alternative to give the kittens.

Cats are born carnivores and all their nutritional needs are met primarily from a carnivorous diet, from meat protein. This is particularly why there are limited options available as far as what is the most appropriate kind of milk available for them.

Other than nutrition that comes from meat, commercially available cat food is also rich in nutrition and will meet all your cat’s dietary requirements.

As a pet owner, it is always important to know exactly what is safe to feed your pet and what is not. This requires proper research on your end. Feeding them something that is lying around in your house without knowing the impact it will have on your fur baby is an unnecessary evil and will only result in a stressful trip to the vet and a feline friend who is unwell and unhappy. Always do your research to ensure that your cat lives a long and healthy life right by your side.