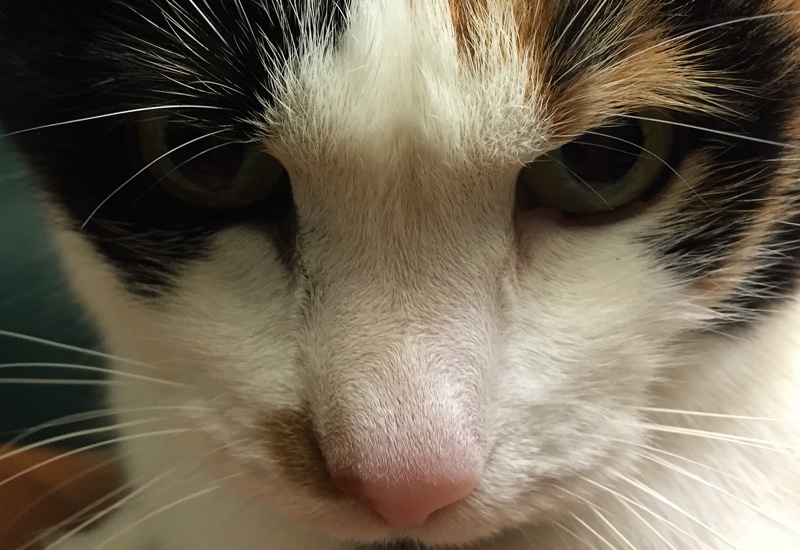 There are two types of people living in the world; those who love cats and those who love dogs! Are you one of those who love cats? Well, you are kind and blessed people, and if you own a cat, you are the luckiest. Cats become very nice pets in terms of fondness. They are generally considered moody as compared to dogs, but this behavior suits such a cute creature. Cats need a comfortable environment, and they could get angry if they didn’t get what they want from you. Whenever you see a cat, it reminds you of lions and tigers, surprisingly belonging to the same category. Cats are their mini versions having the same features and somehow the same behavior. Cats are quite intelligent but clumsy too.

Speaking of cats, there are several breeds to choose from. They could be white fluff-haired Persian cats or short-haired American and British cats. You can also go for Turkish angora or the famous Calico cats. All these cats have unique characteristics and behaviors. They differ in their color, pattern of color, fur type, hair type, eye type, and whatnot. These cats represent their uniqueness in every possible manner by the way they act. There are so many similarities in them as well. All cats are carnivorous without any doubt. The mouse is their favorite among the flesh, and cats can be seen chasing them all the time in cartoon movies. Do you remember Tom and Jerry?

Calico cats are those having 75% white hair and the rest 25% combination of other colors. They are domestic cats comprising of a garden of colors, including orange, black, and blue-grey. They are not a separate breed but only a difference of color and its pattern. Calico is the name given based on the color of fur and not because of any particular trait or character. They are the state cats of Maryland. Their average life is 12-16 years. 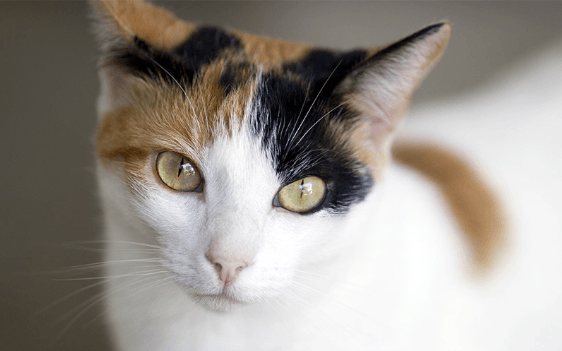 It is quite interesting to know that every calico cat has its own color pattern that no two calicos can look alike. This thing makes them different from other cat species in that they themselves vary in their behavior.

They are mostly females. The reason behind this is that the fur color is X- linked. Male calicos are generally rare. If there is a male calico, it most likely is sterile. Their sterility ratio is 1:10000 means among 10,000 calico males; only one would be fertile. Male calicos have a shorter lifespan as compared to females due to their distinctive chromosomal characters. Out of 3,000 calico births, only one turns out to be a male. Females can have a longer lifespan if they’re provided with proper diet and health care. 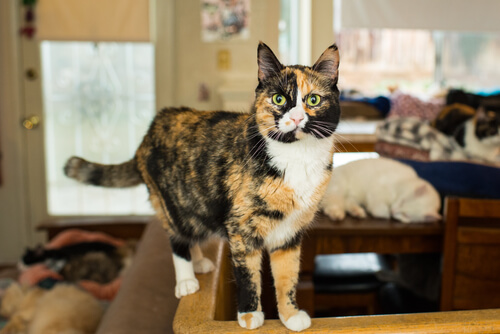 Calicos could be long-haired or short-haired. There are two kinds of calico cats, namely Dilute and Patched Tabby. Dilute calico is the one having a very warm color pattern, which is not intense. Patched tabby is that having tabby stripes along with black and ginger-colored patches. 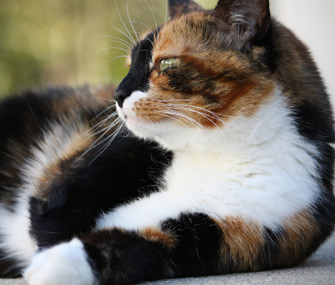 It is a general perception that calico cats are a different breed, so their behavior would be a lot different from the rest of the breeds. Still, as mentioned before, calico is not a separate breed. They possess different personality characters like: 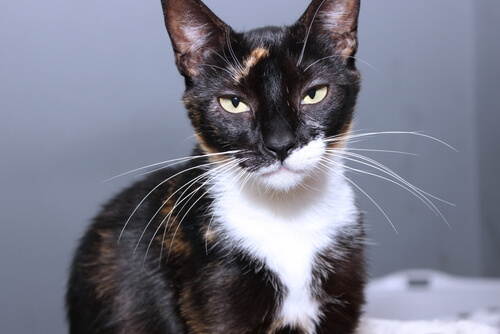 Since the 1940’s, the fascinating yet mysterious genetic makeup of calico cats has been a topic of great interest to geneticists and scientists, their orange and black patches are the result of an unusual genetic activity known as dosage compensation. Female calico cats have two X chromosomes, whereas the male has one X and one Y chromosome.

Chromosomes contain specific genes on them that depict some qualities and characters of an organism. In calico cats, the X chromosome has those genes that produce survival proteins. It means a female having two X chromosomes would produce double the amount of survival protein. Interestingly, female calicos cannot live longer like this. For living a longer life, females shut down one X chromosome, keeping the other fully functional.

Calico cats are an excellent pet to have. Calico cats can be very playful, and you’ll never get bored of them. Their activeness and sharpness make them even more adorable. You’ll get to see their angry expressions on their cute little face, and this fills your heart with love. They are just like small kids needing love and attention both. They offer a unique set of characters to you and might become your lucky charms. It is essential to keep them in good health. Also, they should be provided with good food and be taken care of.